Next month Mitt Romney will host a fundraiser with his “most significant surrogate,” Donald Trump. The event will be held in Manhattan at one of Trump’s luxurious hotels, an environment in which Romney will feel right at home. And one lucky donor to Romney’s campaign will be selected by lottery to join the pair of upper-crusters for dinner. 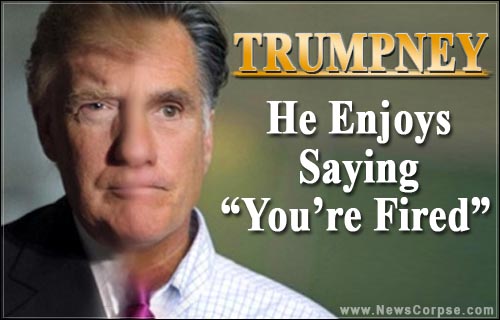 The close association between Romney and Trump ought to be raising questions about Trump’s relentless promotion of Birtherism. Trump has been a persistent skeptic of President Obama’s citizenship for months. His most recent foray into this delusional nonsense occurred today in an interview with the Daily Beast where he said that…

“A book publisher came out three days ago and said that in his written synopsis of his book … he said he was born in Kenya and raised in Indonesia.”

Not one to bother with pesky trivialities like truth, Trump invented the assertion that Obama told his publisher that he was born in Kenya. In a twenty year old promotional pamphlet that Obama never saw, an erroneous entry made reference to Obama as having been born in Kenya. The person responsible for the error issued a statement saying that…

“This was nothing more than a fact checking error by me — an agency assistant at the time. There was never any information given to us by Obama in any of his correspondence or other communications suggesting in any way that he was born in Kenya and not Hawaii.”

The fact that Romney continues to cling to Trump without making any statement about Trump’s idiotic embrace of the Birther conspiracy says a great deal about Romney’s character (or lack thereof) and his desperation for latching onto whatever support he can scrape off the barrel’s slimy bottom. Trump is cartoon quack who hosts a goofy reality show where he gets to fire people – which happens to be something that Romney likes to do as well.

Last year Trump said that he had sent a team of investigators to Hawaii to get to the bottom of the controversy and that their report would be shocking. No report was ever issued. Where’s the report, Donald? What’s more, why hasn’t Trump, or anyone else, ever asked Romney to produce his birth certificate? We know that Romney’s family fled the United States for Mexico when laws against polygamy prevented them from collecting numerous wives. But apparently only black candidates for president are required to show documentation of their citizenship.

7 thoughts on “Where’s The Birth Certificate? Mitt Romney’s, That Is.”