Trying to keep up with the inanities of Fox News is trying at times. However, the following incidents should not be overlooked in the avalanche of Fox stupidity that flows uninterrupted every hour of every day.

The Wussification of America?

In an episode of Fox & Friends, the Kurvy Kouch Kiddies invited in author Larry Winget to insult the spiritual practices of millions of Americans and others around the world. Winget and the F&F crew disparaged Yoga as the wussification of America. Then they engaged in this exchange:

Question: Do you object to Yoga?
Answer: No, not at all. I think Yoga’s amazing. I think it’s wonderful. I’m gonna say that because I don’t want all those Yoga Nazis coming after me. 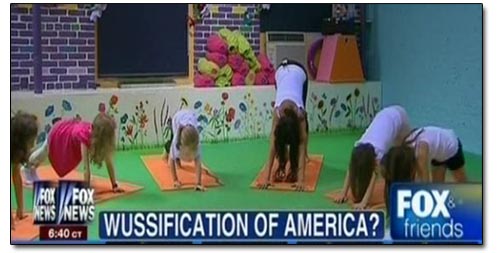 This is how Fox News demonstrates its respect for the free expression of faith. I’m sure they would not object to someone referring to the Christ Nazis who complain incessantly about a fictitious war on Christmas.

Lying Under Oath Of Office

Fox Nation published an article claiming that President Obama intends to lie when he takes the oath of office during the upcoming inauguration. 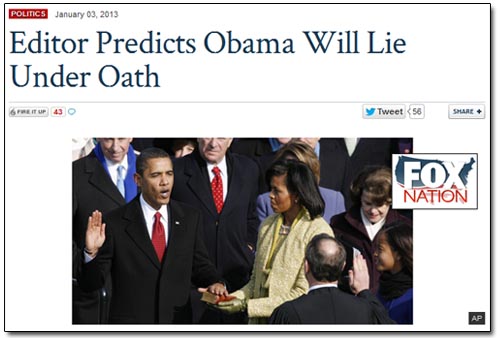 The article quotes the editor of the ultra-rightist CNS News who bases his prediction on the wild claim that, since Obama cannot possibly be expected to uphold the Constitution, his promise to do so is a lie. And he probably also cut down the cherry tree and framed little Georgie Washington.

Here is another example of Fox News seeking to appeal to the increasingly significant Latino audience on their Fox News Latino web site while brutishly insulting them on Fox Nation. This is something they do frequently. 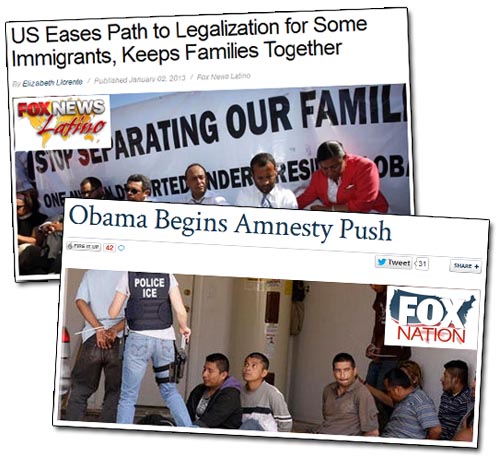 These are two versions of the same story. Notice that one article is sympathetic to immigrants and family unity, with a photo of activists seeking a more humane policy. The other article features dog-whistle key words like “amnesty” and features a photo of immigrants who are handcuffed and in police custody. Also, the Fox Nation article makes repeated references to “illegal immigrants,” while Fox News Latino uses the less derogatory “undocumented immigrants.”

This is surely part of the reason that Fox News is stumbling so badly in the most recent ratings reports. They will always appeal to their base of ignorant bigots, but they are rapidly alienating themselves from the broader television audience.

This Guy Wants To Run For The Senate In Massachusetts

Keith Ablow is a Fox News contributor and a member of their “Medical ‘A’ Team.” He thinks that Newt Gingrich’s serial infidelity made him better candidate for president. He thinks that Obama has “got it in for this country.” And now he thinks that anyone in Massachusetts would actually vote for him for senator. 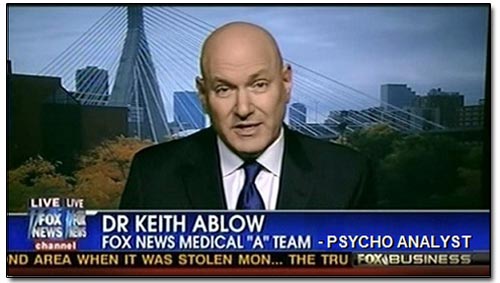 Ablow is fond of pretending that he can psychoanalyze people who he has never examined or even met. That is a sign of certain quackery. What’s more, Ablow is in violation of the American Psychiatric Association’s Principles of Medical Ethics (Section 7.3), something he does not need to concern himself with because he was forced to separate himself from the APA due to ethical “differences.” Perhaps in an effort to boost his electoral prospects he will cheat on his wife a couple of times.