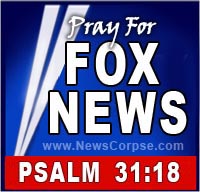 “Let their lying lips be silenced.”

According to a new study by the Center for Media and Public Affairs, Republicans were found to be significantly more dishonest in their public statements than Democrats. The CMPA examined 100 statements by members of both parties that were fact-checked by PolitiFact.com between January 20, to May 22, of 2013. Here is a summary of their findings:

The results of this research may appear to be common sense that any informed person would have known prior to the study, but having a bona fide analysis conducted by a neutral, academic source affirm what is observably true is useful in the ongoing debate over the veracity of our leaders.

This study corroborates my own reporting during the presidential election last year that showed Mitt Romney spewing falsehoods at a far greater rate than the Obama campaign. He won PolitiFact’s “Lie of the Year” award and set a record for assaults on the truth by earning 84 citations of falsehoods (41% in all), 19 of which were “Pants-on-Fire.” But then what should we expect from a party that proudly proclaimed that “We’re not going to let our campaign be dictated by fact-checkers.”

12 thoughts on “Study Confirms That Republicans Lie More Than Democrats”