Now that the jury has delivered a “not guilty” verdict for teen stalker/killer George Zimmerman, Fox News has taken a bold move to extend the ratings bonanza of the trial into the fall television season. 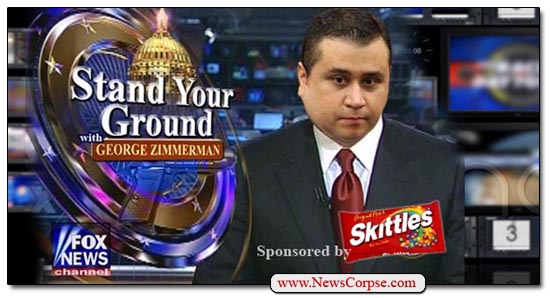 Sources inside Fox News have confirmed that Zimmerman has agreed to host a nightly crime and social affairs program on the network that is set to premiere in October 2013. The controversial signing is consistent with Fox’s programming philosophy of exploiting the transient publicity of media spectacles by drafting the beneficiaries of inordinate press attention, despite a lack of experience or qualifications – e.g. Sarah Palin.

The preliminary format for the Zimmerman program is said to consist of segments analyzing breaking crime dramas such as murderous spouses, kidnapped sorority girls, celebrity arrests, high-speed police chases, and any stray rumors involving presidential sex scandals. Fox News contributor, and noted racist ex-cop, Mark Fuhrman, will have a regular spot on the panel segment to offer his expertise in undermining criminal prosecutions with racial epithets. In that respect Fuhrman, who famously extolled the virtues of the “N” word, shares common ground with Zimmerman who regards innocent black teenagers walking through his neighborhood as “fucking punks.”

Fox News CEO Roger Ailes welcomed Zimmerman to the network saying “We could not be more excited by having such a strong advocate of law enforcement on our team. George’s unique insight and commitment to safe neighborhoods and the preservation of the Second Amendment will connect with our audience and inspire Americans to stand their ground.” Ailes also said that Zimmerman will have a role on the Fox Nation web site where they specialize in flagrant lies, a skill Zimmerman has already demonstrated a knack for.

Zimmerman’s new colleagues at Fox are also anxious to work with him. Sean Hannity, who gave Zimmerman his first platform on cable TV, praised his keen instincts and predicted that his hair-trigger analysis and spin on reality will surprise many. Bill O’Reilly is looking forward to lunching with Zimmerman at Sylvia’s. And Geraldo Rivera lauded Zimmerman’s critical eye on fashion that he hopes will put an end to the trendy adoption of thug-wear that has resulted in so much unnecessary bloodshed. 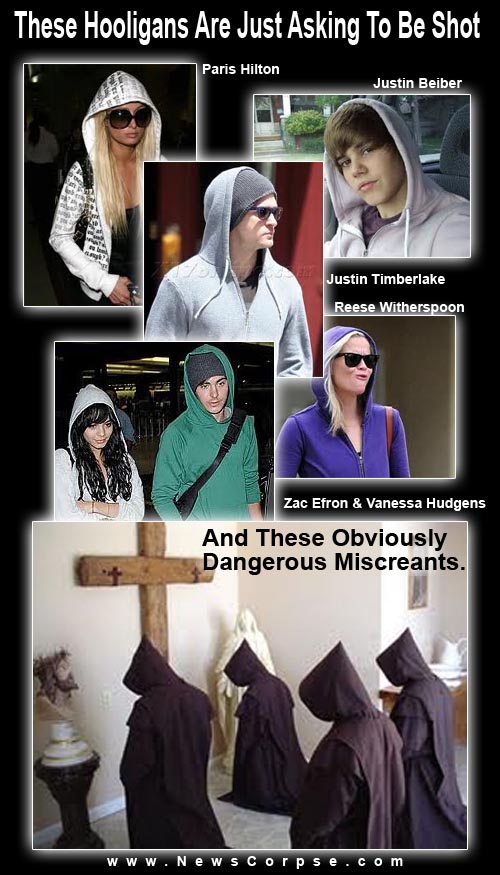 The addition of George Zimmerman to the Fox lineup is a good fit to shore up both their editorial mission and their audience appeal. They are already receiving rave reviews from the NRA and the Tea Party. Throughout the trial Fox demonstrated an overt favoritism for Zimmerman and the prospects of his acquittal. Now, with his new assignment, he will make Fox the first and only network to feature a host who has actually snuffed out the life of an innocent American. And the icing on the cake is that the victim was black and almost certainly not a Fox viewer.