It is safe to say that Donald Trump is the most profane, classless, cretin who ever ran for president. He is an embarrassment to his party and to the nation. His remedial English, hollow policy pronouncements, and incessant boasting, are cartoonish in nature. Even Fox News mogul, Rupert Murdoch, agreed when he tweeted “When is Donald Trump going to stop embarrassing his friends, let alone the whole country?” 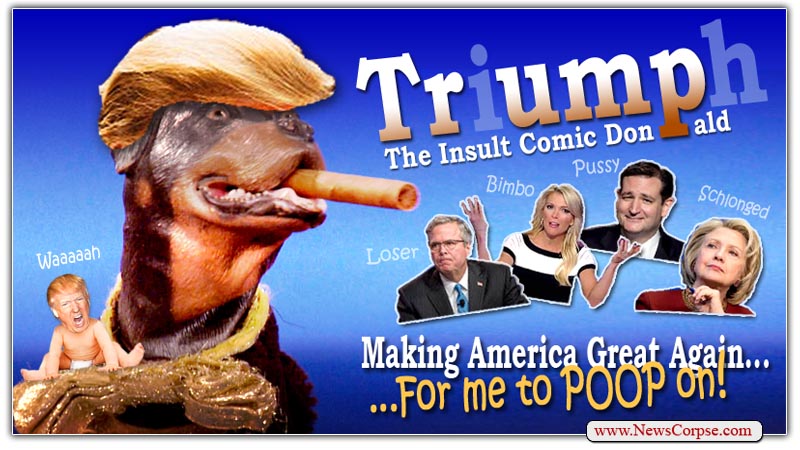 That question was just asked again to Trump directly by Fox News Sunday host Chris Wallace. On yesterday’s program he broached the subject in an exchange that may be the first of its kind in American politics.

Wallace: Do you think you need to tone it down, do you think, as you become the frontrunner for the nomination, to act more presidential?
Trump: Well, probably I do.
Wallace: So, when are you going start?
Trump: Well, pretty soon.

The first notable concession in that response is that Trump himself is admitting that he is not currently acting presidential. Clearly, if he intends to start doing so at some future time, he isn’t doing so now. Secondly, Trump believes that presidential demeanor is something that you turn on and off at specified times that he has not bothered to specify. Therefore, he thinks it’s appropriate to act like a crass and boorish buffoon, as he has been doing throughout his campaign thus far. And finally, Trump didn’t really answer the question. Like he does with virtually every question he is asked, he skirted the issue with a vague non-response. By saying “pretty soon,” he has left it wide open for when he will act presidential. It could be next week (unlikely), or well into his administration (unthinkable).

Also notable is the framing of this question. To Donald Trump the matter of conducting oneself with a diplomatic bearing is just an “acting” job. He doesn’t believe that it is an element of one’s character. To him it is just an extension of his comportment as a television personality who plays whatever role advances his interests at the time. And diplomatic correctness is just an obstacle to overcome like political correctness, which he uses as an all-purpose justification for being an asshole.

Trump is someone who can be expected to demean and insult virtually everyone he encounters, particularly those with whom he disagrees. He has already insulted African-Americans, Latinos, women, Muslims, and the disabled. And many of his victims are people on his own side. He has called his GOP colleagues “losers, weaklings, liars, and pussies.” He commonly refers to the press as dishonest and aligned against him. That includes Fox News that, after essentially creating the Trump candidacy and giving him far more airtime than any other candidate, he lambastes them as biased and calls their anchors hacks and bimbos.

Just imagine how Trump would deal with Congress, citizen groups, and foreign heads of state. It would not be merely embarrassing, it would be dangerous. He has already alienated China and Mexico, two of our most important trading partners, with his bombastic attacks. It’s just a matter of time before he insults every ally America has. And yet he still appeals to a significant segment of the Republican Party. They appear ready to nominate this contemptible wannabe dictator. And if anyone were to ask when they might come to their senses (assuming they have any), the only answer we could muster would be a hopeful “pretty soon?”