The lascivious news scavengers are burning up the wires this morning reporting that Ed Henry, the Fox News Chief White House Correspondent, has been taken off the air due to the discovery that he has been engaging in a months-long extra-marital affair with a Las Vegas hostess. 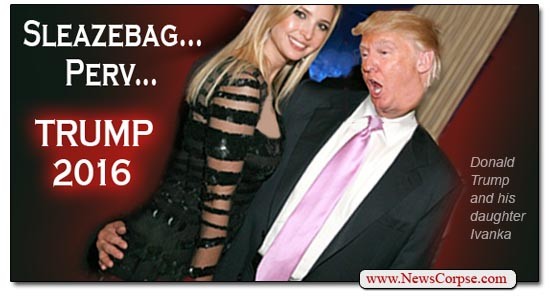 This raises some questions that have not yet been addressed by most of the press. First and foremost, if marital infidelity is justification for taking a someone off the air then why is Bill O’Reilly still anchoring his primetime program? He has been alleged to have sexually harassed his former producer, Andrea Mackris. Plus, he has been accused by his own children of physically assaulting his wife, an act for which he lost custody of his kids. In addition, other Fox contributors have also violated their marriage vows but remain on the air. Newt Gingrich has cheated on multiple wives. Mark Sanford infamously took a secret trip to Argentina to visit his mistress. Herman Cain’s presidential bid was short-circuited due his numerous infidelities. And those are just the ones we know about so far.

Which brings us to Donald Trump. The Donald has frequently boasted about his lurid affairs during his multiple marriages. Of course, he isn’t currently a Fox News employee, but he is on the network more than any of their actual reporters and pundits. And when does anyone on Fox ever even bring up the facts about his salacious escapades? Even when Trump is peddling his phony evangelical, family values spiel he isn’t challenged by the Fox toadies lobbing softballs at him.

Fox News was right to bench Ed Henry. Not because of any sanctimonious moral statement on his personal behavior, which is none of their business. But because Henry is covering Hillary Clinton’s campaign and has already conducted interviews that include references to her husband’s unfaithfulness a quarter of a century ago. Henry even asked Trump to comment on the ancient allegations on a segment of Fox & Friends. The hypocrisy of Henry questioning Trump about Bill and Hillary’s past (and by all appearances resolved) marital problems at the same time that he was fully involved in his own extra-marital affair is an unacceptable breach of journalistic ethics.

However, if Fox is going to pull Henry off the air, they should be consistent and do the same for the others on their roster who have done the same or similar things. And they certainly shouldn’t allow Trump to get away with smearing Clinton without being held accountable for his own adulteries. Or for wanting to bang his own daughter.

6 thoughts on “Fox News Takes Adulterous White House Correspondent Off The Air (What About Trump?)”