There is a toxic tendency among conservatives to persistently believe the most ridiculous lies about Hillary Clinton. Even after they’ve been thoroughly debunked, the right clings to them like ideological life preservers. This makes it hard for any of these crackpot notions to mercifully die. 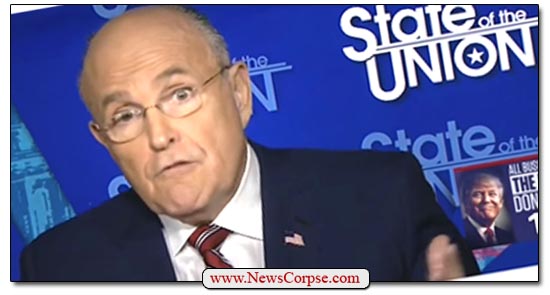 One of the stickiest Hillary mythologies is the charge that she created the Birther movement. The fact that there are still people who believe that President Obama is a native Kenyan is puzzling and sad. But even worse are the loons who insist that Clinton started it all.

Donald Trump, of course, anointed himself as the Chief Birther years ago. He claimed to have sent an investigative team to Hawaii to get to the bottom of it. Later, he declared that the world “will be amazed” at what they found. Unfortunately, Trump’s “investigators” must have been swallowed up by a lava flow because they have never been heard from again. In the interim, Trump has refused to even talk about it. Amazing.

Additionally, Trump is also a vocal proponent of the theory that Clinton birthed Birtherism. Before he dropped it from his repertoire it was a regular part of his anti-Clinton spiel. For example, see this tweet from last September:

Just remember, the birther movement was started by Hillary Clinton in 2008. She was all in!

No it wasn’t, and no she wasn’t. For the record. neither Hillary Clinton, nor her campaign, had any part of the Birther business. In fact, she explicitly called it “ludicrous.” Every fact-checking organization refuted the allegation. PolitiFact wrote a detailed response declaring it “False” and concluding that:

“There is no record that Clinton herself or anyone within her campaign ever advanced the charge that Obama was not born in the United States.”

To its shame, the media has allowed Trump to evade questions on his Birther fetish. They have inexplicably honored his pronouncement that he doesn’t talk about it anymore. Just because he wants to put it aside doesn’t mean that responsible journalists have to comply. And this morning CNN’s Jake Tapper proved why it is still important to raise the issue. Tapper brought it up with respect to Trump’s recent efforts to pander to minority voters. He asked Trump adviser Rudy Giuliani to comment:

Jake Tapper: I have to say, in interviews many African-Americans say they are still troubled by Mr. Trump having suggested over and over, falsely, that the first African-American president was born in Africa and, thus, ineligible to be president.

Giuliani began to respond by asserting that “the first one that made that claim was Hillary Clinton.” Tapper interrupted to say that it wasn’t Clinton herself, but people around her. But even that isn’t correct. It was a group of fringe supporters who were unaffiliated with her campaign. Giuliani’s exchange with Tapper continued:

Tapper: It was resolved in 2011 when he released his birth certificate. Donald Trump talking about this as recently as February of last year at CPAC saying that he thinks the birth certificate is false. Should he just apologize for this to let – if he really wants to reach out to minority voters?

Rudy Giuliani: You know, if everybody apologized for all the things they said in politics, all we would be doing on television shows is apologizing. Maybe a lot of the Democrats should apologize for calling Donald Trump a racist and calling him all kinds of terrible names and? – it gets a little silly.

First of all, if all he would be doing on TV is apologizing for things he said, he is saying way too much bullcrap. Which, of course, in his case is true. More to the point, Giuliani’s suggestion that Democrats apologize for telling the truth about Trump is totally absurd. And lying about Obama’s citizenship is overtly racist and blaming Clinton for it just makes it worse. His refusal to apologize is evidence that he and Trump aren’t sorry about expressing their bigotry.

The rush to hang Birtherism on Clinton is not a new phenomenon. Saturday on CNN Trump surrogate Scottie Nell Hughes also falsely claimed that Clinton was the source of Birtherism. Much of last year Fox News pushed this nonsense. Many of their top personalities joined in, including Megyn Kelly, Sean Hannity, Kimberly Guilfoyle, and Steve Doocy.

By continuing to spread these lies, Giuliani, Trump, Fox News, and all of their cohorts, are demonstrating an open aversion to the truth. They are embracing racism. In addition, they are effectively admitting that they haven’t got a single factual criticism to make about Clinton. Otherwise, why would they have to keep pounding away on one that they surely know is false? And if it’s their intention to keep Birtherism alive, then Trump should be forced to face questions about it whether he wants to or not.