At the last presidential debate Donald Trump thought he was smooth by bringing a few of Bill Clinton’s accusers from the past to the event. He apparently believed that their presence would rattle Hillary Clinton and he would rise to victory. He could not have been more wrong. Clinton never even noticed the ploy and went on to prevail over the second debate in a row. 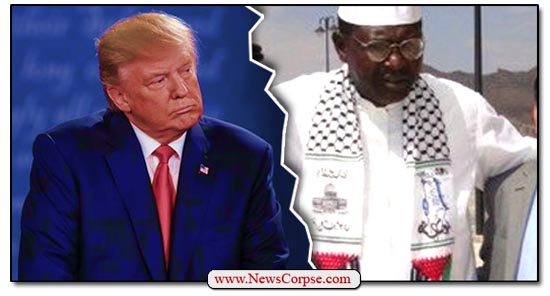 Now, in a move that can only be described as desperate and clueless, Donald Trump is reprising the stunt. This time he has descended even lower into irrelevancy and smut. His guest at tonight’s debate will be Malik Obama, President Obama’s half-brother. How Trump thinks this will have any effect on Clinton is a mystery. Malik’s relationship with the President is, to put it mildly, distant. Consequently, Clinton’s reaction will likely be a barely perceptible smirk, if anything at all.

Malik endorsed Trump months ago and has long nursed bitterness and jealously toward Barack. His reason for backing Trump is that Clinton and Obama had killed his “best friend” Muammar Gaddafi. He also opposes the Democratic Party’s support for marriage equality.

However, the most disturbing aspect of this is that Malik has shown support for the terrorist group Hamas. He posed for a picture two years ago wearing a Hamas scarf with anti-Israel slogans on it. The slogans “Jerusalem is ours, we are coming,” and “From the river to the sea,” are popular with the group. Hamas advocates for the abolition of Israel.

Trump often pretends to be a strong supporter of Israel. He panders to American Jews with promises he can’t keep, while throwing obstacles in front of plausible peace initiatives. His hostile rhetoric is counterproductive and insulting to Israelis, the United Nations, and every American with whom he disagrees. He has been especially disparaging of the President who he believes is “trying to destroy Israel with all his bad moves.”

There is simply no justification for granting access to this debate to someone who has exhibited camaraderie with an anti-Israel terrorist group. Trump is demonstrating that his bluster over crushing ISIS is as meaningless as a diploma from Trump University. If you are opposed to “radical Islamic terrorism” you don’t hobnob with terrorist sympathizers.

As for the media, there has been virtually no mention of Malik’s abhorrent ties to Hamas. And this is the media that Trump asserts is “rigged” against him. Just imagine how the press would react if President Obama invited a terrorist supporter to the White House. It would be front page news for weeks. And Trump would be calling for his impeachment.