With only one week remaining until Donald Trump’s inauguration, the mood of the American people has descended into an unprecedented funk. Trump has succeeded in making history as the most disliked President-Elect on record. And at a time when new presidents enjoy a honeymoon period, Americans seem more inclined to seek a divorce. 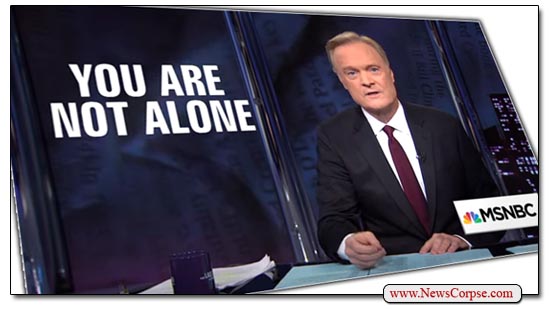 On Thursday’s “The Last Word with Lawrence O’Donnell,” the MSNBC host revealed the results of a brand new Quinnipiac Poll. Suffice to say that Trump will not be retweeting it, except to call everyone involved losers and liars. The poll shows how deeply dissatisfied the nation is with The Donald. In virtually every question posed by the pollsters Trump was seriously underwater. For instance:

In every instance Trump not only fared poorly, he underperformed his election results. And as we know, he lost the popular vote by a historic margin of nearly three million votes. By comparison, the poll asked about President Obama’s job approval which stands at 55% favorable and 39% unfavorable. That’s a seven year high for Obama in this poll.

This poll makes clear that Trump has utterly failed to coalesce the country around his agenda of division and hate. His preliminary steps as PEOTUS have only further alienated the public. Rather than draining the swamp, Trump is stocking it with alligators from Goldman Sachs, celebrities from Fox News, and arch-conservatives from congress and business. And news about his unsavory associations with Russia aren’t helping either.

The conclusion drawn by O’Donnell is that “You are not alone.” Americans who have been grieving for their country and the state of its democracy are in the majority. Trump’s administration will begin without any hint of a mandate. Consequently, there is opportunity for the resistance to obstruct his agenda. But for that to happen, people need to be motivated, informed, and active. For more on that see the Indivisible Guide.

4 thoughts on “You Are Not Alone: New Poll Reveals America’s Deep Disapproval Of Donald Trump”