Last week Donald Trump outdid himself on Twitter. For someone who has a record of repulsive and ignorant outbursts, Trump achieved a new low when he tweeted that the media “is the enemy of the American People.” It was reflective of his authoritarian attitude and disrespect for American principles.

Ever since then Trump has been castigated as a wannabe dictator and a suppressor of the free press. This is nothing new for Trump. Organizations that advocate for the welfare of journalists universally condemned him. The Committee to Protect Journalists issued a warning that “A Trump presidency would represent a threat to press freedom in the United States.” The National Press Club released a similar statement condemning Trump’s anti-press tactics as “unacceptable and dangerous to our democracy.” The reporter who uncovered Watergate, Carl Bernstein, said Trump is “more treacherous than Nixon.” 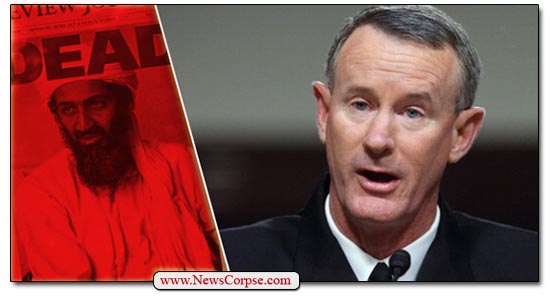 Now another critic has emerged with unique credentials to comment on this. William McRaven, Chancellor of the University of Texas system, delivered a speech in which the subject was addressed. It’s important to note that McRaven is also a retired Navy admiral. Among his military accomplishments is that he designed and oversaw the raid that killed Osama bin Laden. So what did this American hero have to say about Trump’s enemies list?

“The president said the news media is the enemy of the American people. This sentiment may be the greatest threat to democracy in my lifetime.”

Wow. That’s not a liberal journalist sitting in a New York TV studio. And it’s not some flaky leftist who sips lattes and coddles refugees. That’s the guy who led the Special Ops mission to get Bin Laden. It’s fair to assume that he’s encountered numerous threats to democracy in his lifetime. The fact that he is singling this one out as the greatest is significant – and frightening.

McRaven’s military career is not the only source of validation for his opinions on the press. In 1977, before his service and his chancellorship, he graduated from UT Austin with a degree in journalism. So what we have here is a man who has proven his patriotism and put his life on the line for it. And also a man with relevant knowledge of the media, its history, and its ethical practice. Sadly, many of Trump’s glassy-eyed followers will pay no attention to McRaven’s remarks. But maybe some of the less cult driven Republicans will listen and heed his warning.