It’s been about a week since Fox News sent Bill O’Reilly packing over allegations of sexual harassment. But in the aftermath of the scandal, Fox News is demonstrating that they’ve learned absolutely nothing. The schedule changes they made to fill the gap left by Bill O’Reilly’s departure perpetuate what was worst about their fallen star. Let’s take a look at the characters Fox chose to remedy their O’Reilly problem: 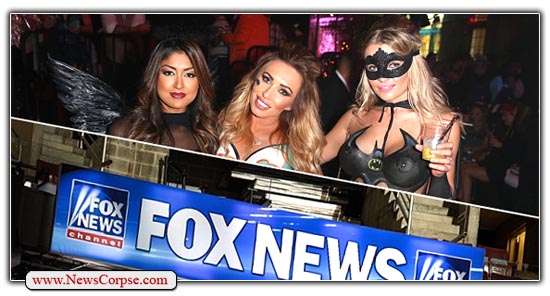 With his relentlessly confrontational blathering, Tucker Carlson has managed to rise up the Fox News food chain. Now he has taken over the time slot that Bill O’Reilly held for two decades. But Carlson is no improvement on O’Reilly when it comes to respect for women. He recently interviewed Teen Vogue writer Lauren Duca. The discussion covered issues like Ivanka Trump’s role in the White House and Donald Trump’s efforts to “gaslight” America. But when he realized that he couldn’t outsmart her, Carlson resorted to demeaning her. He abruptly ended the interview by saying “You should stick to the thigh-high boots.” That should not be surprising coming from someone who once said that Democrats “made up the concept of sexual harassment.”

One of the smarmiest personalities on Fox News, Bolling has a long record of sexist remarks. Now the afternoon show he co-hosts, The Five, is being moved up to prime time. However, he’s staying behind to host his own new show. Bolling once derisively laughed at the notion that “Anything a guy can do, a woman can do better.” On another occasion he complained that a young girl wanting to play football was “the wussification of American men.” But he reached a plateau when reporting a story about a female pilot for the United Arab Emirates who was running bombing raids against ISIS. He denigrated her by “joking” about whether that would be considered “boobs on the ground.”

Gutfeld is one of the co-hosts of The Five who will stay with the program at its new prime time airing. Along with his colleague Bolling, Gutfeld insulted the UAE pilot with a tired cliche about women drivers. He said that “Problem is, after she bombed it, she couldn’t park it.” More recently, Gutfeld cracked a joke about another colleague, co-host Kimberly Guilfoyle. After she praised her dress designer and suggested he deserved a raise, Gutfeld remarked that Guilfoyle was “giving America a raise.”

Apprenticing under Bill O’Reilly for several years, Watters, also has his own weekend show. In addition to that he is taking over Bolling’s spot on The Five. As O’Reilly’s ambush reporter and stooge on the street, Watters delivered frequent segments that were either racist or sexist. He was thrown out of a National Organization for Women conference after mocking the participants. He once stalked a female reporter while she was on vacation. But this week he expanded his sexist routine by commenting on a recent appearance by Ivanka Trump.. Along with a hand gesture that implied oral sex, he said that he “really liked how she was speaking into the microphone.” Now Watters is on an unscheduled “vacation” himself, during the week that he premieres in prime time.

These are the people who Fox News selected to represent the network following the departure of Bill O’Reilly. Apparently Fox has learned nothing about why viewers and advertisers objected to O’Reilly. They appear to be committed to a corporate culture of contempt for women that has been in place for years. Carlos Maza of Vox perfectly captured this culture with a montage of Fox’s misogyny: