Things continue to go south for Donald Trump and his Republican Party. But could anyone have predicted this utterly asinine nonsense? This is an actual poll question sent by the RNC: 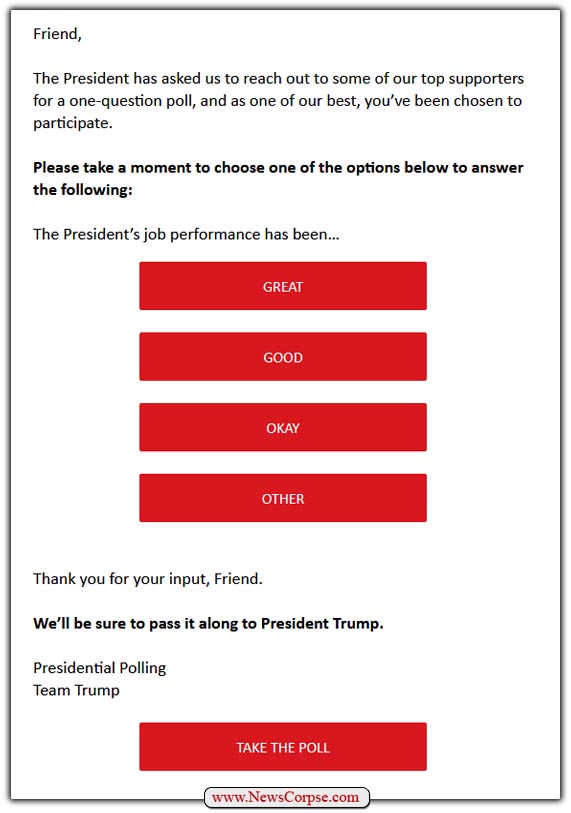 This is how desperate the GOP is to pump up their floundering president. They have resorted to a poll that doesn’t allow the respondent to register any criticism. That’s because Trump has to be treated like like a baby who has to be given constant positive reinforcement. There are actually White House aides who have to find stories that praise Trump and deliver them twice a day to the Infant-in-Chief.

This is so pathetic it’s hard to make fun of. Not only is Trump unfit for office, the GOP is enabling his narcissism. And in doing so they even ripped off a joke by Stephen Colbert, except they are taking it seriously.