A breaking story from the New York Times on Saturday revealed just how ingrained the culture of sexual deviancy is at Fox News. And it underscores their complicity in the abhorrent acts of their employees and management. So far the company has terminated their CEO Roger Ailes and their biggest star Bill O’Reilly. In addition, other executives and on-air hosts like Bill Shine, Eric Bolling, and Jaime Horowitz were jettisoned under similar circumstances. 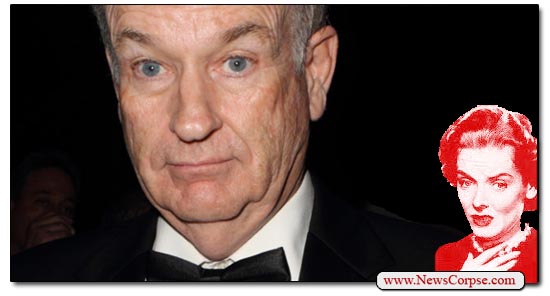 This new story in the Times discloses that Bill O’Reilly paid $32 million to settle a sexual harassment and assault suit in January of 2017. This was after O’Reilly and Fox News made previous settlements involving O’Reilly’s sexual misconduct totaling over $13 million to five other women over a 15 year period. That disclosure led to his termination from Fox News in April. However, following the January settlement, Fox News renewed his contract despite knowing about all of these legal payoffs. Apparently being a serial sexual predator wasn’t disqualifying to be a host on Fox News.

To put this in perspective, Fox News has argued that such behavior is so irredeemable that punishing the abuser isn’t enough. The company employing him should literally be shut down. That assessment was provided by Fox host and pundit Gregg Jarrett in both a column of the Fox website and on the air (video below). Jarrett, however, was referring to movie mogul Harvey Weinstein and his production company. But by simply replacing references to Weinstein with Fox News, the commentary retains its meaning while pointing to an entirely different but equally guilty company. See this annotated version of excerpts from Jarrett’s article:

“The Weinstein Company Fox News approved a written contract which deliberately enabled Weinstein Ailes, O’Reilly, et al, to sexually harass women and allowed [them] to cover-up the abusive conduct by paying off [their] victims. […] Weinstein’s O’Reilly’s contract appears to encourage or condone his suspected illegal behavior.”

“Viewed another way, the company seems to have aided and abetted Weinstein Ailes, O’Reilly, and others. They handed [them] a piece of paper which granted [them] permission to victimize women with impunity.”

Well, that’s pretty clear. Jarrett is an attorney and should know that his argument remains consistent regardless of the perpetrators. So he is, in effect, advocating that Fox News be shut down. And he isn’t the only one at Fox to say so. Tucker Carlson delivered a rant on the subject last week that made similar points about Weinstein that were easily transferable to Fox News. And let’s not forget another sexual predator to whom these rebukes could apply. Donald Trump has been accused by at least a dozen women of sexual harassment or abuse. And he has even confessed to criminal assault in the infamous Access Hollywood videotape. There are pending federal investigations against Fox News, and Weinstein may soon be be facing the same.

So bring it on, Fox, Let’s see you report on Trump and O’Reilly with the same righteous outrage you direct at Weinstein. And how about shutting down your irreparable and unrepentant operation that has proven to be a hotbed of criminal sexual assault. Any company that can reward cretins like O’Reilly with rich contract renewals despite knowing that he’s a recidivist pervert doesn’t deserve to continue polluting America’s airwaves.