America is getting a crash course in both vulgarity and expressing remorse this week. First we had Roseanne Barr’s heinously racist tweets comparing Valerie Jarrett to an ape. That was followed shortly by Samantha Bee calling Ivanka Trump a “feckless c*nt” for failing to use her influence over her father to help immigrant kids. 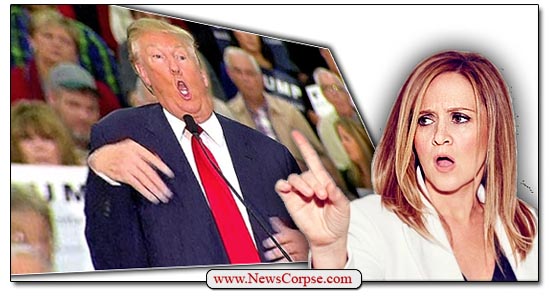 These are both examples of bad judgment by media professionals who ought to know better. However, Bee’s commentary was part of an appeal to help children who were ripped from their mothers’ arms by heartless government agents. Roseanne, on the other hand, delivered a purely bigoted attack for no reason other than to vent her hatred. Either way, neither of them should have made such obviously offensive remarks in public forums.

Ever since these outbursts, liberals and conservatives have flooded the media with justifications and/or apologies. Many have offered up examples of similar behavior in an effort to diminish the failings of their own side. The right threw Bill Maher into the mix, as if he were a leftist icon (he’s not). The left had more ammunition to work with. They could just mention Ted Nugent (who called Hillary Clinton a c*nt and a whore) and the debate would be over.

And then there is Donald Trump. The Pussy-Grabber-in-Chief himself. The man who has hurled these same types of words as insults toward everyone from Ted Cruz to Michelle Obama. Only the most glassy-eyed disciple of the Trump Cult would deny that he is the most profane cretin to ever occupy the White House. And as it turns out, Trump would probably agree himself. That would account for this tweet that he posted with a perverse sense of pride:

"@MarkMcGrath87: @realDonaldTrump You have a cunty demeanor." True!

Anyone who has spent ten minutes studying Trump has already observed his extreme narcissism combined with the swagger of someone who revels in his image as a bad ass. He insults friends and foes with glee. He is allergic to apologies, remorse, or shame. So it isn’t surprising that a fan would compliment him on his being a – let’s say supreme jackass – and he happily affirms it.

Consequently, what Bee said wasn’t far from the appraisal that Trump has of himself. Presumably he regards it as a family trait that his kids, including Ivanka, would have inherited. He surely doesn’t see it as disparaging. So there is really nothing for Bee to apologize for. She just recognized a character trait in the Trump family that he has already admitted to having. And he’s proud of it. Perhaps he should thank Bee for recognizing a part of him that he regards as an asset.