The breaking news this Friday morning is on a scale that is rarely seen in modern politics and crime. The Deputy Attorney General, Rod Rosenstein, announced the indictment of twelve Russian intelligence operatives for illegally hacking into the accounts of members of the Democratic Party and Hillary Clinton’s campaign for president. These are not some anonymous “dark web” patsies, but actual agents of Russia’s GRU spy agency. 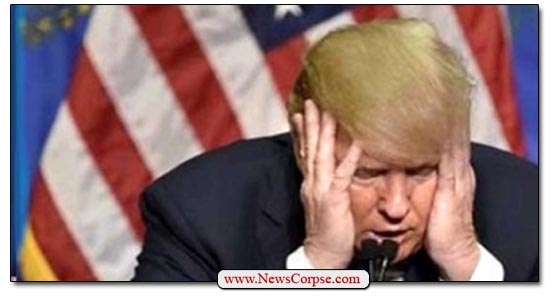 Naturally, Fox News has played down the story by airing short reports at the top of the hour and ignoring it thereafter. Other cable news networks are doing the deep dive into the many sordid details. And Fox is also leaping to the defense of Donald Trump by highlighting remarks that Rosenstein made regarding the allegations that are not asserting any complicity by Americans or vote total changes. What they are forgetting is that there are only no such allegations YET. This is not over by a long shot.

The response from the White White was astonishingly tone deaf. They issued a brief statement that was entirely defensive, as if the only consideration was how this affected the probe into Trump’s criminal collusion with Russia. It read:

Today’s charges include no allegations of knowing involvement by anyone on the campaign and no allegations that the alleged hacking affected the election result. This is consistent with what we have been saying all along.

It’s clear that Trump doesn’t care at all about the attack on America’s democratic system. He doesn’t say one word about the atrocity that is alleged in the indictments. And of course, he doesn’t criticize his friend (boss) Vladimir Putin. He doesn’t make even the most timid condemnation of Russia for their actions. He just whines that nothing in the indictments accuses him of anything. And, as noted above, that is only for the time being. Neither Rosenstain nor special counsel Robert Mueller said anything about there not being any further indictments. And the investigation is still in progress.

Along with Fox News and the Republican echo chamber’s ludicrous efforts to spin this as vindication for Trump, his lawyer, Rudy Giuliani, is asserting that these indictments are “good News,” and suggest that they prove that “Trump is completely innocent.” Which they most certainly do not do. Giuliani is also saying that Thursday’s congressional inquisition of Peter Strzok makes it less likely that Trump will ever interview with Mueller. Gee, ya think? Trump never intended to interview with Mueller.

You can count on Fox News to fiercely continue defending Trump and to make these cries of absolution for at least the remainder of the day. It remains to be seen how long they will have this sort of wiggle room to avoid the increasingly obvious evidence of Trump’s treasonous guilt. But these new charges are an indication that Mueller is getting closer to the completion of his investigation. It isn’t surprising that no Americans were included in this set of indictments. The primary targets are always held in confidence until the end. Stay tuned.