A few months ago Trump brought Bill Shine into the White as his Deputy Chief of Staff for Communications. In other words, Minister of Propaganda. Shine is the former Fox News President who was fired due to his handling of sexual harassment at the network by Roger Ailes, Bill O’Reilly and other big shots. Now he is handling the PR for a president with his own history of being a serial predator and whose nominee for the Supreme Court is battling similar charges. 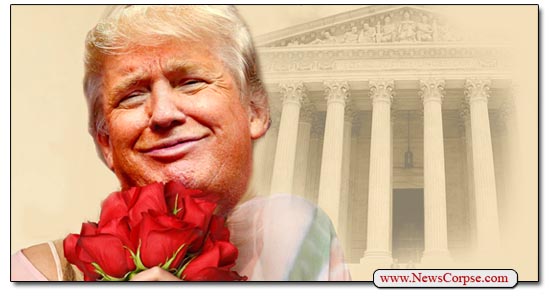 The presence of Bill Shine in the White House is unmistakable. His fingerprints are all over Trump’s public appearances and rallies that are now stage managed more carefully. They are located in more photogenic environments. And the access of the media is constrained to insure positive visual imagery, or at least political sterility. Shine is a veteran TV manipulator who learned his craft at the knee of Fox’s Godfather, the late Roger Ailes.

Shine’s propaganda pedigree is long-established. Before taking the reins of the network as president, he was the producer of Sean Hannity’s program. Hannity was so reliant on Shine that when rumors erupted about his imminent termination, Hannity exploded and whined that Shine’s departure would be “the total end of the Fox News Channel as we know it.” If only.

In his new position, Shine is exploiting the assets of his “star” whose resume is mainly littered with the gossip pages and reality TV. Trump spent fourteen years as the “host” of The Apprentice, so don’t let anyone fool you into thinking that he was a busy real estate magnate. No authentic billionaire businessman has that much time to spare on television pablum. The Apprentice was Trump’s job. So Shine is putting that experience to work by casting Trump in short films that have little substance or news value.

The closest thing that these presidential clips can be compared to are the moments in reality TV shows where a character is separated from the herd and speaks directly to the camera about some personal observations regarding the other cast members. On Thursday one these confessionals was posted to Trump’s Twitter feed that whined about China taking advantage of America on trade issues. Trump complained that China looked at the U.S. as “very soft touches.” And he made the point that he doesn’t blame China, he blames America. It’s the “Blame America First” doctrine.

The day before that, Trump posted a video of himself declaring his devotion to the victims of Hurricane Florence in the Carolinas. Never mind that the victims of Hurricane Maria that devastated Puerto Rico are figments of a “deep state” cabal to manufacture a fake death toll. This video features Trump’s pseudo-sincere ramblings set to an inspirational music sound track.

The day before that, Trump posted a clip thanking the first responders to Hurricane Florence, which he described as “a tough hurricane. One of the wettest we’ve ever seen from the standpoint of water.” Okay, so Shine isn’t perfect. But look at who he has to work with.

These are just the most recent examples of the Reality TV style infomercials produced by Shine and Company. Others include segments from Fox News programs of Trump-fluffing characters like Hannity, Jeanine Pirro, Lou Dobbs, Maria Bartiromo, or the “Curvy Couch” potatoes of Fox and Friends. Some of the videos just show Trump signing a big book that represents some legislation or executive order that he’s touting.

The one thing that all of these productions have in common is that they are all purposefully staged to put Trump in the best light possible. They give the President a public presence where he doesn’t have to bother with pesky reporters asking difficult questions. And of course, there is no opportunity for rebuttal or for any opinion other than the state sanctioned one mandated by Trump and his Propaganda Ministry staff. Shine is literally bringing Big Brother to the White House.

Shine’s role at the White House is to reproduce the sort of media tyranny that exists in Russia, North Korea, and that was pioneered by Nazi Germany’s Joseph Goebbels. All of whom Trump has repeatedly demonstrated his admiration for. And Bill Shine is the person who is doing the most to help Trump realize his authoritarian goals with a reality TV flavor.