The latest bombshell to emerge from Washington D.C. in the twisted era of Donald Trump comes just as the controversy over Supreme Court nominee Brett Kavanaugh is reaching a boiling point. Is it a distraction or a legitimate news story that demands immediate attention? No matter, it’s already getting the airwave blanketing that was inevitable considering the subject. 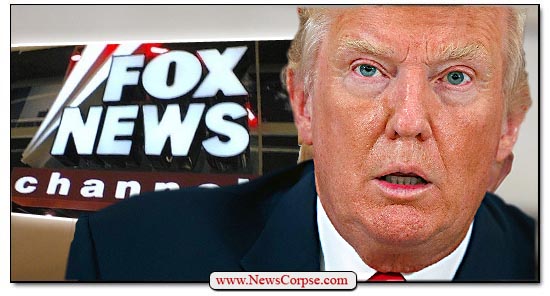 The New York Times is reporting that Deputy Attorney General Rod Rosenstein had floated the idea of secretly recording Trump to gather evidence that he was mentally unstable and unfit for service. There was reportedly further discussion of invoking the 25th Amendment to declare the President incompetent and remove him from office. Other news reports have spoken to sources who say that Rosenstein was being sarcastic. And Rosenstein himself issued a firm denial.

What’s peculiar about this story, other than the distracting effect it has on Kavanaugh’s alleged sexual misconduct, is that the only other beneficiary of it would be the White House. It gives Trump an excuse to fire Rosenstein and appoint someone in his place who would put the brakes on the investigation of special counsel, Robert Mueller. But it would be somewhat hypocritical for Trump to do that on the basis of a story from a news source that he considers fake and failing. Consequently, he might need some support from his cheering section (and shadow cabinet) at State TV, also known as Fox News. And he’s already getting it:

[Note: Ingraham deleted this tweet the next day. Was it because Hannity took the opposite position?]

Driven by vengeance, Rosenstein sought to secretly record the President. He must be fired immediately! Since a clearly biased Rosenstein has been in charge of the Mueller investigation, it must be terminated. This illegitimate probe has been tainted by corruption from the start.

Rod rosenstein shld have been fired long ago for being part of the ‘resistance’ and not providing documents to congress in order to save his corrupt pals. NOW HE MUST BE FIRED.

Wow. Are these three confirmed Trump-fluffers all buying into the “fake news” from the New York Times? Laura Ingraham, Gregg Jarrett, and Jeanine Pirro are three of Trump’s most devoted supplicants on Fox News. And it stands to reason that they would want to rush to give him cover to jettison the bone spur that has traveled from Trump’s foot to his ample backside. But will he take the bait?

Trump has posted ten tweets since this news broke, and none of them are about Rosenstein or the New York Times. Is he consulting with Sean Hannity, Bill Shine, and the rest of his propaganda team to come up with a strategy? Is he afraid to get out too far ahead of the story while it’s still unfolding? Is he getting spanked by a porn star at Mar-A-Lago? Who knows? But the fear factor may be the most plausible scenario. Because even his pals at Fox News aren’t completely in his corner. Shelby Holliday of Rupert Murdoch’s Wall Street Journal had this to say in an interview shortly after the story was released:

It probably won’t be long until Trump makes his views known about this. He is simply too lacking in self control to keep his mouth shut. But if he does fire Rosenstein he’s going to have to explain why he suddenly believes the “failing” New York Times” whose story was based on the anonymous sources that Trump says don’t exist. He will also have to face more charges of obstruction of justice as Mueller gets closer to wrapping up his probe. But if he let’s it go, then Mueller and company proceed as before. So all told, this is really a lose-lose proposition for Trump.

LATE BREAKING: Sean Hannity is diverging from his Fox colleagues above. On his program Friday night he had a personal message for Trump, warning him that “Under zero circumstances should the president fire anybody.” Hannity thinks Trump is being set up by Democrats – or the deep state, or Satan – and that giving Rosenstein the boot is a “set up,” a plot to justify impeachment. Those insidious demonrats.