If you were looking for a sign that the Donald Trump White House is getting desperate with regard to the confirmation of Brett Kavanaugh, they just showed their cards. Fox News has announced – and Trump tweeted a promo for – Kavanaugh’s appearance Monday night on Fox News with Martha MacCallum. 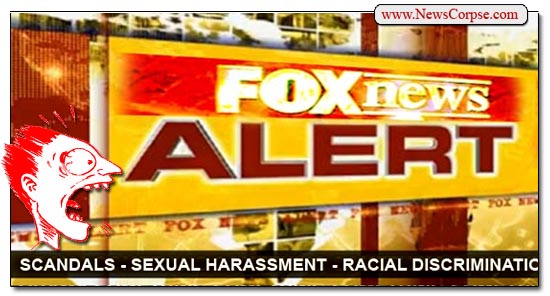 There could not be a clearer indicator of Trump’s worrying that his nominee is floundering and is at risk for an embarrassing failure. It is unprecedented for a Supreme Court nominee to go on television to advance his nomination and defend himself against allegations that haven’t even been raised in Congress or investigated by the FBI.

With a history of such tawdry behavior by Fox News, it seems to be a highly inappropriate media outlet to try to whitewash Kavanaugh’s history of alleged abuses. And the choice of Martha MacCallum to interview Kavanaugh is also troubling. Obviously they didn’t want a man like Sean Hannity to do it. So they picked a woman who was one of Ailes’ first and most vigorous defenders. And it needs to be noted also that, while Kavanaugh is swatting softballs from MacCallum on Fox News, his accuser, Christine Blasey Ford has more respectfully declined any television offers:

“As I am not a lawyer or a Senator, I am relying on them and you to ensure that the committee will agree to conditions that allow me to testify in a fair setting that won’t disrupt families and become a media tv show. […] I have received an inordinate number of requests to appear on major TV shows to elucidate further information, to which I have not responded. My goal is to return soon to my workplace, once it is deemed safe for me and importantly, my students.”

The distasteful decision to parade Kavanaugh and his wife on TV in the hopes of generating some public sympathy is more evidence of how Trump is turning the White House into a Reality TV presidency. It’s all about making impressions and convincing the American people not to vote them off the island. And on that score they are failing miserably. Polls show that a majority of people oppose Kavanaugh’s confirmation. And that was before the latest charges were revealed. But if you’re moved by his revelation that he was a virgin until “many years” after high school, than you won’t want to miss this interview (Note: Kavanaugh being a virgin doesn’t make Dr. Ford’s allegations false. She never claimed that there was intercourse):

JUST IN: During an interview with Fox News set to air tonight, Brett Kavanaugh says he did not have sexual intercourse throughout high school or "many years thereafter." Story: https://t.co/cVdXNpHatw pic.twitter.com/Fzp24D0P6U

One thought on “Kavanaugh to Be Interviewed On Fox News, the Network that Employed Multiple Sexual Predators”