With all of the controversy and melodrama that emanates daily from the historically chaotic White House of Donald Trump, it’s easy to forget his humble beginnings as the host of a reality TV game show. That was not a recreational pastime for a bored billionaire. It was his job for fourteen years. A real billionaire wouldn’t have had the time for that. 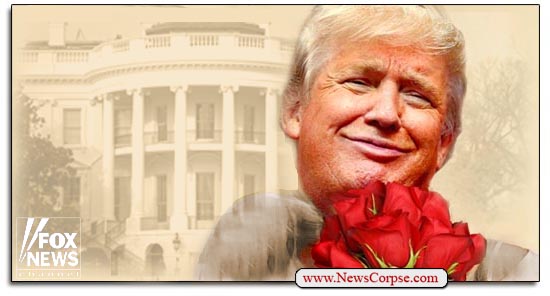 As president Trump has transferred his experience in television playacting to his new job in Washington. And it’s painfully obvious that his skills are utterly inappropriate for his new duties. He spends most of his time watching TV (Fox News) and conducting made-for-the-camera photo-ops with bill signings and human props. His press conferences are a circus wherein he replaces substantive dialogue with insults and rambling incoherence.

So it shouldn’t surprise anyone that Trump runs the White House like he would a fictional sitcom about a bumbling chief executive. Many of his senior staffers were actually recruited from television (again, Fox News), and most have little experience for the assignments they’re given. His Deputy Chief of Staff for Communications is the disgraced former president of Fox News, Bill Shine.

On Sunday morning Trump Announced the latest recipient of his “rose” for a critical post in his cabinet. He is making Patrick Shanahan the “Acting” Secretary of Defense. This follows the resignation of Gen. James Mattis, whose departure was motivated by Trump’s recklessness and ignorance. Mattis advised the President that his resignation would be effective February 28, 2019. But now, in a fit of pettiness and ego-pacification, Trump is moving that up to December 31.

This means that nearly twenty percent of the President’s cabinet is serving in an “acting” capacity. They have not been vetted or confirmed by the Senate as required by law. The reasons for this include Trump’s lack of knowledge of the sort of qualified people to fill these positions. Also problematic for Trump is the fact that qualified nominees don’t want to get anywhere near this president or his defective, criminally-tainted White House.

So now America is stuck with third rate understudies for governing officials who are likely to be merely surrogates for Trump’s dementia. Mulvaney as chief of staff is the perfect example of that. He’s a rabidly partisan Republican Nationalist who slobbers over Trump now even though he called him “a terrible human being“ just two days before the election. We have to wonder when the country will have competent leadership again that is serving in accordance with the law. But that will probably have to wait until the law catches up with Trump and ousts him from the office he stole with the help of his Russian comrades.