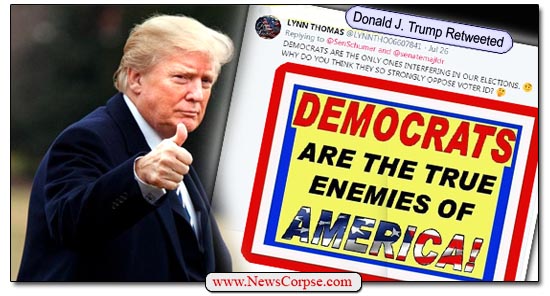 8 thoughts on “Sleazy Don: Trump Retweets Meme that Says ‘Democrats Are the True Enemies of America’”