Just when you thought that The Onion had not really taken over Fox News and replaced their vile Trump-fluffing with biting satire, a segment is aired that is so mind-numbingly idiotic that it could only be regarded as comedy. Except that it isn’t. 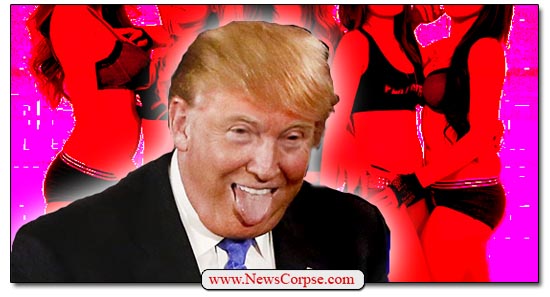 On Friday’s episode of “The Five” (a title that seems to be derived from the combined IQ of it’s right-wing panelists), co-host Jesse Watters delivered a commentary (video below) that purported to be his defense of Donald Trump’s extortion of Ukrainian President Zelensky. To be sure, there are few coherent arguments that excuse Trump for unlawfully withholding military aid unless Zelensky dug up dirt on Joe Biden. Especially after Trump admitted it. But Watters went above and beyond his everyday bootlicking duty to unload a laughably idiotic tirade that not only utterly failed to exonerate Trump, it also insulted every American in the process. He began…

“Leave it to the Democrats to make impeachment boring. This is about a transcript of a phone call with a country no one cares about. These are about transcripts from a deposition that we can’t even watch on television. And what do the transcripts say? It’s from the Under-Secretary of Affairs for Energy Policy at the EU. These aren’t household names. They aren’t heavy hitters. Wake me up when the big dogs testify in public.”

So right off the bat Watters reveals that in order for an impeachment inquiry to be credible, it has to stimulate him. Because “boring” (to him) violations of the Constitution should be ignored and those committing such crimes should be given a free pass. And his assertion that Ukraine is “a country no one cares about” exposes just how dysfunctional his puny little mind is.

What’s more, Watters seems to think that only TV-worthy crimes, committed by “household names,” should be prosecuted. For the record, none of the witnesses was an “Under-Secretary of Affairs for Energy Policy at the EU.” And most objective persons would regard the actual witnesses (National Security Council Russia advisor Fiona Hill, NSC Ukraine expert Alexander Vindman, Ambassador to the EU Gordon Sonderland, Special Representative for Ukraine Kurt Volker, Deputy Assistant Secretary of State George Kent, and Ambassador to Ukraine Marie Yovanovitch) as pretty heavy hitters. So maybe Watters should wake the f**k up. He continued…

Here Watters is making the argument that Americans are so stupid that they can’t be bothered with all of the trivialities about which he claims they are ignorant. That should endear him to the nation. However, it’s a safe bet that Trump couldn’t find Ukraine (or the U.S.) on map either, unless he marked it with a sharpie beforehand. And Watters’ list of the countries that Americans care about depicts them all as slack-jawed yokels. Perhaps Watters is just referring to himself and the Trump voters he knows best. And he continued…

“We’re talking about a military aid package to a country that, I guess needs help, but that a lot of people don’t care that much about. If you turn on television you see a reporter standing in Congress saying someone was hearing something from someone else who was concerned about a military aid package. It’s obsolutely (sic) not registering in the American people’s frame because it’s not a sexy scandal.”

Watters must not regard the members of Congress as “a lot of people,” since they cared enough about Ukraine to allocate $390 million for their defense against the aggressions of Russia. As to whether or not this scandal is registering with the American people, most polls show that they favor impeaching Trump and removing him from office.

Worst of all is Watters bizarre assertion that a scandal must be “sexy” in order for the American people to have any interest in it. That probably exposes the perversions of Watters himself, rather than any insight into the American populace. Watters must think that if it doesn’t involve a Democrat getting a blow job it doesn’t qualify as a scandal. It is also another insult to Americans that he already said are stupid.

But if it’s a sexy scandal that Watters wants, he need look no further than Trump’s predatory sexual harassment and assault of more than forty women. But for some reason, and contrary to Watters’ premise, this nauseating “sex” scandal isn’t getting all that much attention – yet. Maybe Watters should bring it up on his program, if he can stop drooling long enough.

Fox's Jesse Watters claims the Ukraine scandal isn't "sexy" because "no one can find Ukraine on a map" pic.twitter.com/nBS57CFlTy