Last week Fox News abruptly canceled Lou Dobbs Tonight, featuring their Senior Donald Trump Bootlicker and Fawning Fanboy, Lou Dobbs. It was the number one show on their low-rated Fox Business Network. They bounced Dobbs from the Friday broadcast without notice or even an opportunity to thank or say goodbye to his production team and viewers. That is unheard of except in cases of severe misconduct, such as the cancelation of Bill O’Reilly over multiple sexual harassment allegations. 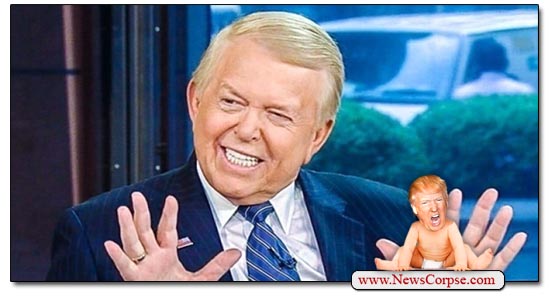 The explanation by Fox News was pitifully vague and insufficient. They claimed that they were planning programming changes for months. But if that were true, there would have been plenty of time for Dobbs to sign off gracefully and a replacement program would have premiered the next day. What Fox isn’t talking about is the lawsuit brought by Smartmatic, the voting systems software company that is suing Fox for $2.7 billion, and for which Dobbs is a named defendant despite a lame attempt to avoid liability.

Meanwhile, the Daily Show produced a touching video farewell to “Lou Dobbs, the most North Korean broadcaster America has ever seen.” It revealed his embarrassingly sycophantic worship of Dear Leader Trump. And it’s a hilarious presentation of just how madly Dobbs adored the twice impeached former reality TV game show host. See and enjoy for yourselves:

Farewell to Lou Dobbs, the most North Korean broadcaster America has ever seen pic.twitter.com/rXSmpiZ1dK

For the record, here are a few of the choice excerpts that expose Dobbs’ undying devotion to the love of his life:

And whiping the drool off his chin, Dobbs signs off the air. He will likely be be seen again on One America News Network (OANN), or some other weak Fox News wannabe. Meanwhile, Fox will probably slip former Trump advisor Larry Kudlow into the Dobb’s time slot. Which means that nothing will really change.