There’s a certain burst of irony whenever Fox News attacks something that it is notorious for doing itself on a daily basis. It’s a syndrome often referred to as “projection,” but with the fervor with which Fox deploys it, it’s more like hyper-hypocritical gaslighting. And it’s a tactic Fox uses to both malign their foes and inoculate themselves from well-deserved criticism. 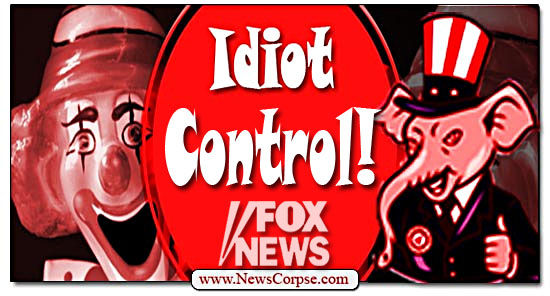 Then again, there are times when the irony meter just spins wildly off the scale. Such moments aren’t particularly rare on Fox News. One occurred this week when they preempted coverage of the Colorado mass murder to run stories mocking President Biden walking up stairs instead. Another occurred when a Fox News host falsely announced that the Secretary of Homeland Security had resigned during a live phone-in with Donald Trump.

Another such moment came on Tuesday when Republican Senator John Kennedy of Louisiana was interviewed on Fox News by Sean Hannity. The topic was the latest mass murder in Colorado and the subsequent debate over gun control. Consistent with the long-held conservative position on the matter, both Hannity and Kennedy expressed their knee-jerk opposition to any of the reforms that the American people are overwhelming in favor of, including Republicans. But Kennedy wasn’t satisfied with merely bucking the national tide on the issue:

“You don’t stop drunk drivers by getting rid of all sober drivers. Which is what many of my Democrat friends want to do with respect to the 2nd Amendment. In my judgment, we don’t need more gun control, we need more idiot controls.”

This is wrong on so many levels. First of all, there are numerous laws that address the problem of drunk drivers, none of which involve getting rid of all sober drivers. But they do require that all drivers, sober and otherwise, be accountable for irresponsible behavior that endangers themselves and others due to excess alcohol consumption.

What’s more, all drivers must comply with regulations that require driver training, testing, registration of vehicles, licensing, and insurance. Is Kennedy suggesting that gun owners be held to similar standards? There is no question that guns are at least as dangerous, potentially, as cars. and they require at least as much training to operate safely.

Secondly, Kennedy is imagining things when he claims that his Democratic “friends” want to get rid of all legal gun owners. Either he’s lying through his tooth, or he doesn’t really have any any friends. There isn’t a single Democrat who has ever proposed anything that remotely resembles a ban on all firearms.

Finally, Kennedy’s proposal for “idiot control” as an alternative to gun control is interesting. It could be a real solution to many of our nation’s problems. Although it might be difficult to implement it. Would Kennedy have the government round up designated idiots and place them in monitored facilities where they wouldn’t pose a risk to the rest of us? Would he require that idiots be registered and identified by visible patches on their clothing or tattoos? Would idiots be prohibited from owning guns, or cars, or scissors in case they decide to run? And speaking of running, would Trump have been allowed to run for president?

Furthermore, how would the government differentiate between idiots and “normal” citizens? Some might think that would be the most difficult problem with implementing idiot control. But there is already an indicator available that provides a foolproof method of idiot detection. Just ask them is they watch Fox News.