On Tuesday morning the Attorney General of New York, Letitia James, announced the results of an independent investigation of allegations of sexual harassment by Gov. Andrew Cuomo. The report was a damning account of the experiences of eleven women who asserted that Cuomo’s behavior was inappropriate, abusive, and created a hostile work environment. 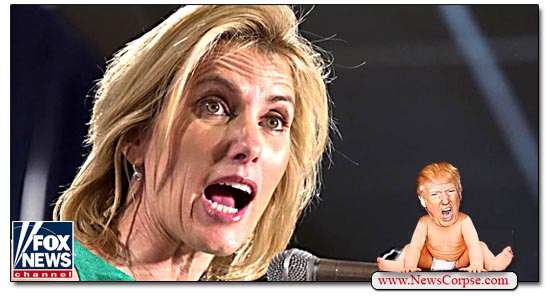 In short, the report affirmed the charges by Cuomo’s accusers, calling them all credible. One might think that such a report would be cheered by Republicans and Cuomo opponents. It pretty much terminates Cuomo’s political career and demonstrates the neutrality and fairness of the Attorney General’s office.

NEW: NY AG Tish James alleges "Governor Cuomo's administration fostered a toxic workplace that enabled harassment and created a hostile work environment where staffers did not feel comfortable for coming forward with complaints…due to a climate of fear." https://t.co/ivBasvv29P pic.twitter.com/Tq7PrDbIwU

However, leave it to Fox News to find an angle that manages to malign the Democratic Attorney General, even when she produces the results of an investigation that incriminates her Democratic colleague. Laura Ingraham took to Twitter immediately after the announcement was made to say that. “NY AG Letitia James will cite Cuomo to show she’s ‘balanced’ in her investigations as she continues to hound Trump, too. She wants Andrew’s job.”

NY AG Letitia James will cite Cuomo to show she’s “balanced” in her investigations as she continues to hound Trump, too. She wants Andrew’s job.

REALLY? Ingraham is actually criticizing James for being independent and unbiased. That display of “balance” is portrayed as a flaw by Ingraham. And if James had buried the report, or manipulated it to let Cuomo off the hook, just imagine how infuriated Ingraham would have become by that partisan favoritism. So if James holds Cuomo accountable, she’s a political predator out for Cuomo’s job. But if she waives it off, she’d be a sycophant bending to Cuomo’s will. There’s no way that James could win in Ingraham’s diseased mind.

Underlying Ingraham’s utterly disingenuous criticism of James is her conspiratorial theory that James is merely setting the stage for a legal attack on Donald Trump. That, of course, is in the works and would proceed regardless of how the Cuomo affair shook out. Ingraham’s not-so-subtle ulterior motives are to discredit whatever James eventually finds regarding Trump’s criminality. So Ingraham is just building a defense for Trump in advance of what she herself presumes will be serious charges against him.

The problem with Ingraham’s preemptory Trump-fluffing is that she has completely misread the circumstances. She and the Trumpian Republican Party assume that Democrats will rush to the defense of Cuomo. They will be sorely disappointed when that doesn’t happen. Unlike Republican apologists for disgusting and unlawful behavior by their party members, Democrats are actually opposed to it and will stand on principle.

One example of that is how Republicans are currently letting Rep. Matt Gaetz (FL-QAnon) slide while he’s being investigated for pedophilia and sex trafficking. Fox News is pretending that he doesn’t exist. But the best example is Trump himself, who is a serial sexual predator who has been accused of harassment and assault by at least sixteen women. We’re still waiting for the GOP to show any signs of being troubled by that. And we’ll probably have to keep waiting. Republicans love their sexual deviants. But they will still pounce on Democrats like AG James who act morally.

For the record, here is how the White House press secretary, Jen Psaki, handled questions from Fox News hack Peter Doocy on the subject. Psaki: We do something new here that feels foreign from the last four years and allow the Justice Department to act independently on investigations.

Psaki: We do something new here that feels foreign from the last four years and allow the Justice Department to act independently on investigations pic.twitter.com/ikyKByI1jq