Just in case anyone needed a reminder of the flaming hypocrisy of Donald Trump and his Republican flunkies, Trump himself provided an excellent one. In a tweet posted by his Twitter ban defying spokes-shill, Trump lashed out DirecTV and AT&T for dropping the ultra-rightist propaganda promoters, One America News Network (OAN). 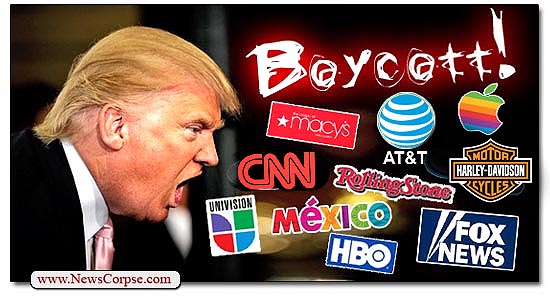 OAN’s future is in doubt because DirecTV was the source of most of their revenue and audience. But even though AT&T (who spun off DirecTV last year, but remains the majority stockholder) bankrolled OAN’s birth, that relationship has become financially precarious. OAN is currently being sued by Dominion Voting Systems and Smartmatic software for propagating Trump’s lies about election fraud. Separately, they are being sued by two former Georgia election workers who are victims of Trump’s election deceptions that were prominently pushed by OAN.

However, none of this is news right now. It was all reported two weeks ago on News Corpse. But Trump was likely triggered anew because he held another of his cult rallies in Texas on Saturday. That event was properly ignored by credible news outlets (and also Fox News) because it was just more of his paranoid and wrathful ranting. It was, however carried by OAN and Newsmax, two very low rated channels. Consequently, Trump is perturbed that his pitiful pontificating was passed over by the press. So he sobbed that…

“AT&T is closing the very popular One America News Network (OAN) because too many people are watching. They couldn’t put up with that any longer. Conservatives/Republicans should boycott Direct TV, and while you’re at it, “Concast’s” Xfinity as well. These are Radical Left Lunatics who are destroying our Nation!”

“AT&T is closing the very popular One America News Network (OAN) because too many people are watching. They couldn’t put up with that any longer. Conservatives/Republicans should boycott Direct TV, and while you’re at it… pic.twitter.com/3wbFbgVIlN

There is so much wrong embedded in that whine. First of all, AT&T is not “closing” OAN. The network just lost a distributor, albeit an important one. And since AT&T spun off DirecTV, they have nothing to do with with programming decisions anyway. Secondly, OAN is not “very popular.” Their audience is so small that Nielsen doesn’t even track it. Thirdly, it is profoundly deranged to assert that mega-corporations like AT&T and Comcast are “Radical Left Lunatics who are destroying our Nation.”

Finally, Trump’s call for a boycott is just the sort of “cancel culture” crapola that he and the rabid right routinely rail against. Never mind that Trump himself is the undisputed King of Cancel Culture. But despite that title, he is also notoriously ineffectual. He has called for a boycott of AT&T in the past, without any discernible impact. The same goes for his unheeded decree to quit Twitter.

Apparently, no one appears to be paying any attention to Trump’s bitchy boycott bulletins. And none of his targets have suffered in the slightest. It’s almost as if a Trump boycott serves as compelling advertising for sane consumers. So keep it up, Donnie. Pretty soon all the big corporations will want the success guaranteed by a Trump boycott.

UPDATE 2/8/2022: Trump dropped another demand to boycott AT&T/DirecTV saying falsely that OAN “is a very popular channel, far more popular than most would understand,” and that “If you feel infringed by what this Communist movement is doing, cancel DirecTV.” He’s too funny 😉