In the closing days of the 2022 midterm elections, Democrats have been making the case that the Republican Party is putting American democracy at risk with their baseless election denialism and outright refusal to accept any election results wherein they are the losers. 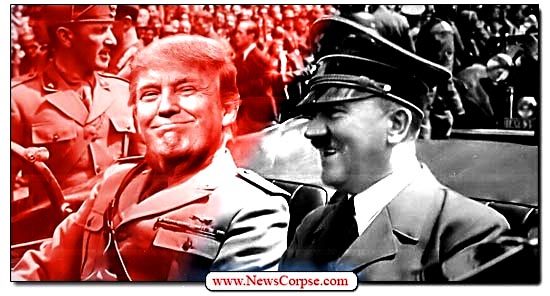 President Biden made that case in an address to the nation this week. He Spoke in stark terms about the fragility of democracy and he didn’t shy away from the root cause…

“Recent polls have shown that an overwhelming majority of Americans believe our democracy at — is at risk, that our democracy is under threat. They too see that democracy is on the ballot this year, and they’re deeply concerned about it.” […]

Biden isn’t the only political figure to notice the peril our nation faces from people who who don’t respect the will of the people or the law. On Sunday Democratic Rep. Jim Clyburn was interviewed on Fox News by Shannon Bream. And in spite of Bream’s loaded questions and interruptions, he delivered a righteous sermon directly to the Fox News flock of Trumpian cult disciples (video below).

Bream: You’ve repeatedly made comments about Hitler, about Nazism, about Germany in the 1930’s, in recent years. You’ve gotten a lot of pushback from that from Jewish organization and others who way that it belittles the suffering of the Holocaust, of the millions who were lost. Your response.

Clyburn: I’ve talked to many Jews. There are many Jews in my congressional district. And they are supporters of mine. They know that this is the stuff that causes those kinds of deterioration to democracy. This was not anything about how difficult it was.

I’ve talked about slavery and how difficult it was. But to discuss the facts of what’s going on here – election deniers setting up procedures by which rule committees by governors can overturn the results of election; to call the press ‘the enemy of the people;’ to coopt evangelicals. I grew up in the Christian faith, grew up in a parsonage, born and raised in a parsonage. I know a whole lot about religion, and I know that there is always an attempt to co-opt religion, and that is what’s going on here.

If people want to deny it, that’s fine, but the facts are very clear. I’ve studied history all of my life. I taught history. And I’m telling you, what I see here are parallels to what the history was in this world back in the 1930s in Germany.

Bream: Are voters, though, out there listening to this message to infer from what you’re saying that if they don’t vote for Democrats in this election that they are somehow supporting something akin to the rise of Hitler?

Clyburn made exactly the right point. He drew a distinction between voting for Republicans, and voting for election deniers. The former were once a legitimate political party with arguably principled views from a conservative perspective. The latter is what the GOP has become: A party devoted to a wannabe tyrant who brazenly lies to acquire and retain power and wealth. Clyburn also correctly noted that Trump’s own officials had told him that … well, them tell it…

SEE THIS: AG Bill Barr on Trump’s Big Lie: We Realized From the Beginning it Was Just Bull****

Clyburn’s message is one that Fox News viewers need to hear. Will it have any effect on their views of Trump and Biden and America? Probably not in any broad based manner. But they still need to near it. They need to know that they aren’t fooling anyone if they choose to continue to support the fascism of the Trumpian GOP. And they need know that they will someday pay a price for it.

In the meantime, there is some small hope that a few of them can be peeled off from mob and see the light. But Democrats and independents cannot rely on them. They need to turn out in massive numbers on election day to avoid sending this country down the path that brought so much suffering and ruin to Germany and the world nearly a century ago.

Jim Clyburn on Fox News defends comparing Trumpism to Nazism: "I've studied history all of my life. I taught history. And I'm telling you, what I see here are parallels to what the history was in this world back in the 1930s in Germany." pic.twitter.com/E7iM4eJE0p

6 thoughts on “Rep. Clyburn Tells Fox News Viewers All About How Trump and MAGA Resemble Germany in the 1930’s”