This is getting ridiculous. The Fox News community web site, Fox Nation, just keeps posting repulsive items that invite the puerile trash who congregate there to exhibit their homicidal lust for President Obama’s demise. Below is the headline for an article Fox Nation cribbed from the Washington Post’s Romney flunky, Jennifer Rubin. However, while Rubin’s article was pedantic and dishonest, it did not say anything about Obama “Dig[ging] His Own Grave.” The Fox Nationalists invented that theme themselves and their readers quickly slobbered up. 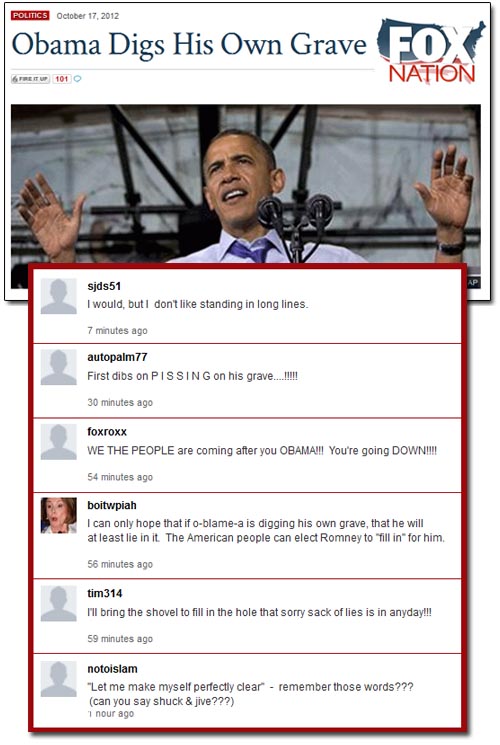 It’s shocking that a major “news” organization permits, and even encourages, this sort of discourse. It reveals much about the people who make these comments, and also about Fox News for providing them the platform. It is certainly not an expression of patriotism. In fact, wishing death on the American president is more in line with the sentiments of an Al Qaeda jihadist. These people clearly do not love their country or the principles for which it stands. And by “these people” I mean Fox News.