A study just released by the University of Minnesota’s Humphrey School of Public Affairs reveals that Fox News paid a pretty penny for former beauty contestant runner-up and Tea Party queen, Sarah Palin. Here are the highlights of the study’s findings: 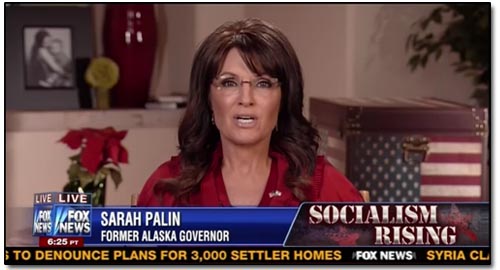 For the term of her contract Palin worked an average of about one day a week. Often she was literally phoning it in from home, where Fox had built her a million dollar studio. She obviously preferred the lame opinion shows with friendly hosts who would not challenge her shallow diatribes. Or perhaps the other shows withheld invitations because they knew she couldn’t grasp anything of substance.

Of course, we need to take into consideration Palin’s unique style of communication. Her “Word Salad” run-on sentences significantly increased the word count and lowered the average cost-per-word. The anchors on Fox, who work every day, get paid significantly less and were probably not thrilled with the compensation their part-time colleague received. It’s clear why Fox did not want to renew her contract. Six months from now they could probably pick her up for $15.85 per hour (if they were foolish enough to want her).