On April 29, the White House Correspondents Association will host its annual charity dinner (WHCD). Often referred to as the “Nerd Prom,” it attracts guests from both politics and the press. Ordinarily the president is a featured guest who delivers his own comic monologue. This year, however, Donald Trump declined to attend and has directed his administration to stay away as well. 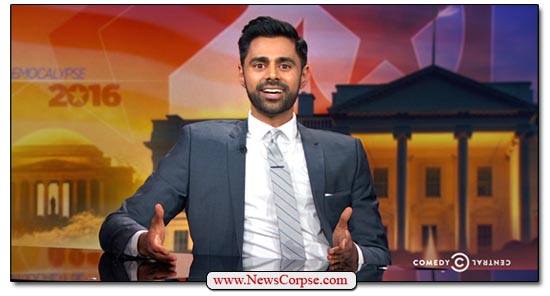 That may be for the best considering Trump is not known for his comedic ability. Last October Trump tried to perform an allegedly comic routine at the Alfred E. Smith Memorial Foundation charity dinner. It’s an event sponsored by the Archdiocese of New York to benefit the poor, sick, and underprivileged. But Trump’s speech was a crushing embarrassment. He landed some plodding duds and insulted the Catholic audience and the evening’s other guest of honor, Hillary Clinton.

So this year’s WHCD will proceed without Trump. That makes him the first president to snub the dinner since Ronald Reagan missed it thirty-six years ago. However Reagan had a better excuse. He was recovering from having been shot.

The headliner for this year’s dinner will be The Daily Show’s Hasan Minhaj. This is a particularly interesting choice for several reasons. Minhaj is a Muslim-American comedian who has not been shy about bringing Trump into his act. Roasting Trump in absentia ought to make the event especially enjoyable. And there is an abundance of possible material due to Trump’s relentless bigotry aimed at Muslims. For a taste of what Minhaj might cook up, here are some examples of his past work:

At the Radio and Television Correspondents Association last year (video from CSPAN), Minhaj got right to the point. His commentary included a swipe at the timidity of the media. Along with slamming Fox News because he had “never seen so many people with spray tans hate people of color,” he said that:

“The New York Times, the Washington Post – they don’t call [Trump] a racist. They say his comments are ‘racially-tinged.’ No, I’m racially-tinged. That dude is racist, straight up.”

On a memorable episode of the Daily Show, Minhaj worried about Trump’s Muslim policies saying that:

“Donald Trump is an extremist leader who came out of nowhere. He’s self-financed, recruits through social media, attracts his followers with a radical ideology to take over the world, and is actively trying to promote a war between Islam and the West. That’s right. Trump is White ISIS – WHISIS.”

On an episode of the Daily Show immediately following Trump’s election, Minhaj expressed some of the common fears of the American people, particularly people of color. With regard to Trump’s call for a ban on all Muslims coming into the United States, Minhaj wondered “How is that not instantly disqualifying?” He’s had plenty to say on this subject. He began this segment noticeably shaken:

“Like many Americans I have spent the last twelve hours refreshing the Canadian immigration website, which keeps crashing. So I am panicking because melanin doesn’t rub off.”

All of this promises an entertaining night of comedy and political grilling. Until then, you can watch the rest of the post-election Daily Show episode here: