The culture of sexual harassment at Fox News has been well documented in the past few months. The most notorious consequences have been the staggering dismissals of Fox’s CEO Roger Ailes and its ratings leader Bill O’Reilly. However, the whole story has still not been told. More women are said to be coming forward with more allegations aimed at more of Fox News’ abusive personnel. 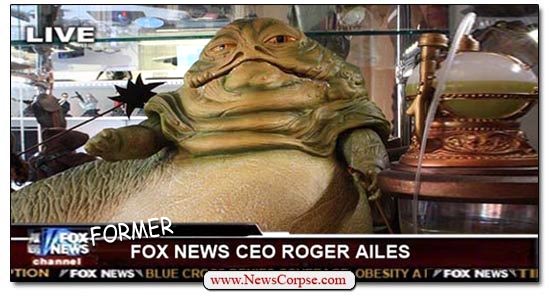 Sunday morning on CNN’s Reliable Sources another victim of Fox’s depraved work environment told her story. Alisyn Camerota, currently an anchor on CNN, worked for sixteen years at Fox News. She was interviewed about her experience by Brian Stelter. Her story was disturbing, but not unlike the stories of many other women who suffered harassment at Fox. [Video below]

Stelter began the segment by noting that “The culture of harassment at Fox News came from the top down. It came from Roger Ailes.” Then he pointedly asked Camerota if Ailes had ever sexually harassed her. She replied “Yes. Roger Ailes did sexually harass me.” She continued:

“He was often grossly inappropriate with things that he would say. And I think that many of us experienced that. He would talk about body parts. He would say ‘give me spin.’ He’d want to be greeted with a hug.”

Then Camerota unveiled a more salacious incident in detail. She said that Ailes told her that in order to advance her career she would have to “work with him.” They would have to get to know each other better, and that would have to be done away from the office in a hotel. Then he asked suggestively, “Do you know what I’m saying?” Of course she did.

Camerota then goes on to describe what happened following her refusal to comply with Ailes’ sexual demands. And while not as personally repulsive, his behavior illustrates something else that makes Fox News a wholly disreputable source of journalism. Camerota confirms that the network’s “fair and balanced” pretense is a sham. “In Roger’s world view,” she says, “there was no other side. Liberals were always wrong, conservatives were generally right, and that’s what he felt that we should be reflecting on the air.” Ailes aimed his insistence on political bias directly at Camerota:

“Roger Ailes ruled with an iron fist. He wanted us all to fall in line and have his world view and say the things that he wanted us to say on Fox News. And he targeted me because he sort of figured out early on that I didn’t share his world view. He said, ‘You’re not saying the conservative things that I want you to say. You could be a real model and you could be a real star if only you could sound conservative.'”

The evidence of the ultra rightist slant at Fox News is readily visible on the air everyday. But there aren’t very many personal accounts of the pressure people were under to conform to its conservative orthodoxy. Camerota’s first-hand account is a valuable contribution to the case against Fox News. And the fact that her experience transverses from the lurid to the professional makes it that much more compelling.