Nearly a year after the 2020 presidential election that Donald Trump has still not conceded he lost, the former reality TV game show host’s legacy of embarrassing America continues to unfold. Trump remains the loser with the lowest approval ratings ever recorded, having never even reached 50%. 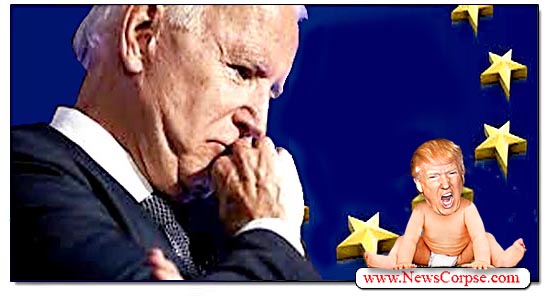 As it turns out, the American people are not the only ones disgusted by Trump’s anti-democratic antics and authoritarian aspirations. A new Gallup Poll just published its findings after surveying 46 nations. The results reveal how the rest of the world has warmed up to the United States since Trump was disposed of by a significant majority of voters:

“Six months into Joe Biden’s presidency, approval ratings of U.S. leadership around the world had largely rebounded from the record-low ratings observed during the Trump administration.

“A new Gallup report shows that as of early August 2021, across 46 countries and territories, median approval of U.S. leadership stood at 49%. This rating is up from the 30% median approval at the end of Donald Trump’s presidency and matches the rating during former President Barack Obama’s first year in office in 2009.”

The difference between Biden’s approval and Trump’s is profound. An increase of 19 points cannot be dismissed as routine or attributed to political partisanship. Clearly Trump was an anchor around America’s neck, and the negativity that he excreted has been largely eliminated by Biden in less than a year. In fact, Gallup’s analysis found that the roots of the positive effects of the new administration were observable much sooner than that:

“In the first few hours of his presidency, Biden rejoined the Paris Climate Accord and halted Trump’s decision to leave the World Health Organization. And, in his first foreign policy speech as president, Biden vowed to repair U.S. alliances through diplomacy and restore the image of the U.S.”

Biden is continuing on a path that is quickly rehabilitating the nation’s reputation at home and abroad. He recently put the U.S. back on the United Nations Human Rights Council. He has donated 140 million doses of COVID vaccines to at least 93 countries. He has reversed the Trump doctrine of embracing enemy tyrants and alienating allies.

Ironically, there were just three countries where U.S. approval declined. At the top of that list was Trump’s favorite dictatorship, Russia (along with Serbia and Benin). As for Trump, he has been making noises for months about the U.S. losing respect since his electoral smackdown. He recently tweeted (via his Twitter ban defying proxy) that…

“A year ago we were respected all over the world under President Trump. Now the Biden regime has made us a humiliated laughingstock without a real president.”

Obviously, that couldn’t further from the truth. Which is something that it has in common with almost everything that Trump says. His abhorrent and infantile “personality” is reflected in the way he just eulogized Colin Powell, a former Secretary of State and our nation’s top diplomat. Powell’s death was reported less than 24 hours ago, but Trump, utterly lacking in decorum, common decency, or consideration for a grieving family, has already lashed out at him tweeting that “He made big mistakes” and that “He was a classic RINO, if even that, always being the first to attack other Republicans.”

This Gallup poll isn’t the first one to show how despised Trump is around the world. In July Pew Research published a survey that found…

“…a significant uptick in ratings for the U.S., with strong support for Biden and several of his major policy initiatives. […] Looking at 12 nations surveyed both this year and in 2020, a median of 75% express confidence in Biden, compared with 17% for Trump last year.”

So there is a pretty consistent consensus that Trump was a repulsive figure who soured America’s relations with its international allies. Fortunately, he has been disposed of and replaced by Joe Biden, a leader that the world respects and admires. And time will only reinforce these views as Biden’s achievements are accrued, and Trump’s crimes are revealed. 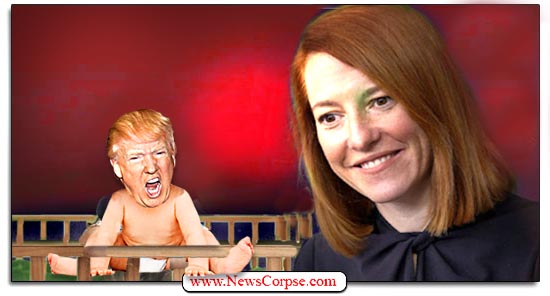