It has been six years since Jon Stewart left his post at the Daily Show, disappointing millions of Americans who got humor, insight, and solace from his take on the media and its impact on society. He left a vacuum that still hasn’t been filled by his successors in the comedy world during times when political satire was needed more than ever. 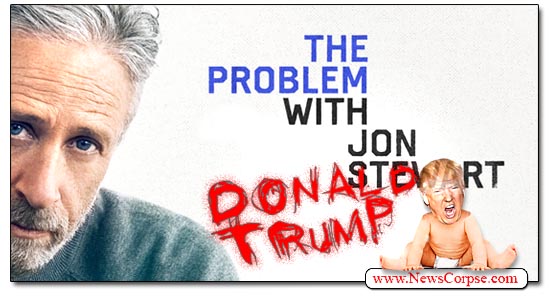 Now Stewart has returned to television with a show on AppleTV+ that looks to be a bit more serious. And to promote his new venture, he is making the rounds on the PR circuit, including an appearance on Sunday’s State of the Union with Jake Tapper on CNN.

Tapper did an extended interview (video below) of Stewart that touched on many subjects and provided him with a platform to express his ideas about contemporary media and politics. There was much to admire in his commentary. But there was a brief moment where Stewart may have drifted slightly off the mark:

“I think the media does a terrible job at de-escalation. And de-escalation is the antidote to all this nonsense. And I don’t mean civility, and I don’t mean non-partisanship. I mean focusing on things that are more urgent and elemental in people’s lives and really hammering away at those things.”

Jon Stewart: "I think the media does a terrible job at de-escalation. And de-escalation is the antidote to all this nonsense." pic.twitter.com/oiDtoGCLil

Stewart is making a good point about the need to “hammer away” at the issues that really impact people’s lives. There is a bizarre tendency at some media outlets – particularly Fox News – to feature pseudo-culture jamming trivialities like gay Legos, or Chick-fil-A Sauce Shortages, or the infamous Dandelion-Gate.

However, to say that “media does a terrible job at de-escalation” is to suggest that the media regards its job as de-escalating and is failing at it. To the contrary, right-wing media actually considers it their mission to escalate controversy, and they are really quite good at it. They are profoundly successful at stirring up hostility and division which, in turn, acts as a magnet that compels viewers to be viscerally afraid and to stay perpetually tuned in so that they can satiate the addiction that the media itself created. A bigger misstep by Stewart, though, was his assertion that…

“I think we make a mistake focusing this all on Donald Trump […] He has just been an effective vessel.”

If Trump is a “vessel,” then he is a super-tanker loaded to the brim with a toxic cargo that he’s intent on polluting the entire planet with. While it would be a great relief to never again have to be assaulted by Trump’s visage or voice, as long as he is being dredged up by his cult followers and the wingnut press, we need to be vigilant and cognizant of the massive harm that he is capable of inflicting.

While Stewart’s point that Trump is not the originator of the noxious ideas he espouses is correct, he is far and away the most prominent dispenser of them. No one else in Republican politics commands the blind loyalty and propensity for violence that Trump does. And if anyone has the potential to lead an anti-democratic revolt, manned by armed, dangerous, fanatical zealots, it’s Trump.

Consequently, Trump must remain squarely in our focus. That doesn’t mean having the media donate unlimited hours of uninterrupted coverage for his hate-filled cult rallies, like they did in 2016. It doesn’t mean offering his tainted and ignorant perspective of every issue. And it doesn’t mean focusing solely on Trump. What it means is exposing his lies, nefarious intentions, and unsavory relationships, at every opportunity.

Along with an aggressive progressive agenda that benefits all Americans, there must be a focus on stopping Trump and Trumpism. His rancid rhetoric must be neutralized and his authoritarian aspirations quashed. Failure to do so will allow his neo-fascism to spread and fatally infect the nation. Jon Stewart is one of the best voices to achieve a positive end. Let’s hope he stays in that fight.

Comedian Jon Stewart sounds a note of hope amid a divisive political landscape telling @jaketapper, “we still have time” to save US democracy.

He adds, however, that we are seeing, "unfortunately, the messiness of democracy is oftentimes one of its greatest weak points.” pic.twitter.com/nFYfJlOHhI