This week President Biden met with reporters for a Q & A that set a record as the longest presidential press conference ever. He took questions from a broad array of media, including the most unfriendly and flagrantly biased members of the press corps, Fox News and Newsmax, whom he handily dispatched with grace and humor. 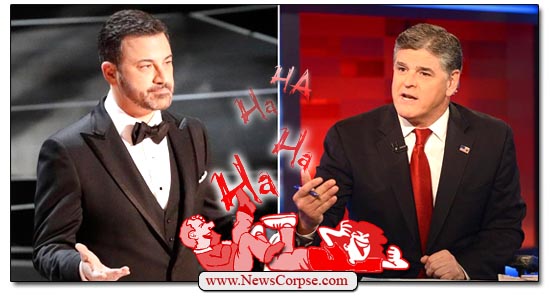 However, Biden’s endurance, command of the issues, and respectful demeanor didn’t deter knee jerk criticism from the Trump-fluffing Fox “News” hacks who made up their minds to hate Biden’s performance before the event began. The post-conference coverage on Fox News was predictably and uniformly negative, albeit lacking in any substantive critique.

Leading the parade of professional party poopers at Fox were Sean Hannity and Laura Ingraham. They engaged in a mutual denigration society segment that cemented their reputations as TV vermin with this reality-challenged analysis of the Biden presser:

Ingraham: (Laughing) It was a nightmare. Oh my God! It was about the worst that I can remember from a president, frankly.
Hannity: I honestly as an American – and I don’t say this with any joy – I felt embarrassed. I felt it’s humiliating.

“The worst”? “Humiliating”? Have these two clowns ever seen a Donald Trump press conference? Have they already forgotten the embarrassing display that Trump put on every time he faced the media that he maligned in Stalinist terms as “the enemy of the people”?

Fortunately, Jimmy Kimmel was there to remind them with video documentation of Trump’s infantile, hostile, and cringeworthy behavior. Kimmel introduced the evidence saying that…

“The bobbleheads over at Fox News had a lot of fun with Biden’s press conference yesterday. Here’s the comedy team of Hannity and Ingraham with their in-depth and unbiased analysis of when Biden met the press.”

The bobbleheads over at Fox News seem to have forgotten how embarrassing Trump was… pic.twitter.com/Xdg5FGfwdV

Talk about humiliating! Trump couldn’t open his mouth without making an asinine display of ignorance and seething animus toward anyone and anything that he regarded as less than unflinchingly adoring. And Trump had his own misrepresentation of what Biden said at the presser. He lied that Biden had “admitted” that there was election fraud in 2020. Of course, Biden never said anything of the sort. But in Trump’s world there are no facts allowed. Which makes this segment with attorney Ethan Bearman, that aired Thursday night, such a rare occurrence by a truthteller on Fox:

The right blames all woes on and gives no credit to President Biden.

I pointed out a few facts in response last night on Fox, yes that Fox News. pic.twitter.com/i96IfmXxNy

Ingraham and Hannity really shouldn’t attempt to mock others. they are terrible at it, and they are too big as targets themselves to risk it. Last year Hannity threatened Kimmel to stop talking about him and his show. And look how that went went.