When Donald Trump isn’t bragging about how stupendously awesome he thinks he is, he is disparaging everyone that he regards as being insufficiently worshipful of him. It’s a textbook example of the malignant narcissism that he’s been suffering from for decades. 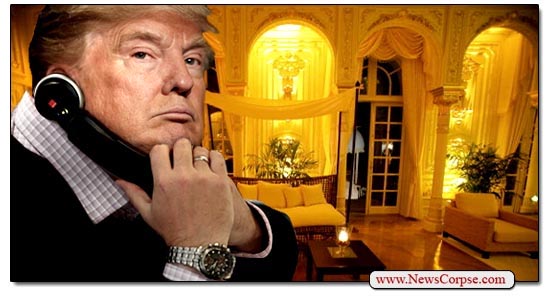 The past couple of weeks has provided Trump an opportunity to lash out at his arch enemy, President Biden, over matters related to the discovery of a handful of classified documents at his home and office. Trump has sought to draw utterly inapt comparisons between his own documents scandal and Biden’s relatively trifling filing errors, the details of which are light years apart.

A report Monday morning has now set Trump off on another wild ride. According to CNN, the White House counsel’s office released a statement regarding the absence of visitor logs at Biden’s Delaware home, saying that “Like every President across decades of modern history, his personal residence is personal.” That rather innocuous fact was all it took to trigger Trump who posted on his floundering Twitter ripoff, Truth Social, that…

“The White House just announced that there are no LOGS or information of any kind on visitors to the Wilmington house and flimsy, unlocked, and unsecured, but now very famous, garage. Maybe they are smarter than we think! This is one of seemingly many places where HIGHLY CLASSIFIED documents are stored (in a big pile on the damp floor). Mar-a-Lago is a highly secured facility, with Security Cameras all over the place, and watched over by staff & our great Secret Service. I have INFO on everyone!”

There’s a lot of steaming cow manure rising from that digital pile. To begin with, Biden’s home is hardly “unlocked and unsecured.” It is, after all, the residence of the sitting President of the United States and his family. Secondly, Trump’s description of the documents as being stored “in a big pile on the damp floor” was pulled straight from his assumptive imagination. And finally, Trump makes the unsettling declaration that “I have INFO on everyone!”

Really? We can set aside the spine-chilling implications of that because it isn’t remotely possible. There are hundreds of guests going in and out of Mar-a-Lago all the time. None of them are subjected to even the most meager ID checks. And recent examples of questionable visitors to the hotel confirm that it’s security is near non-existent.

For instance, Trump admittedly had no info on notorious white supremacist Nick Fuentes when he was a guest at Mar-a-Lago. In fact, Trump’s excuse for hosting Fuentes, whom he conspicuously declined to repudiate, was that he “had never met and knew nothing about” him. Trump also had no info on the fake heiress and alleged Russian spy who made repeated trips to Mar-a-Lago.

Trump’s complaint that Biden didn’t keep visitor logs for his private residence is also typically hypocritical. As president, Trump himself confessed that he didn’t keep any such logs for Mar-a-Lago. Even worse, during his term in office Trump refused to provide access to visitors logs for the White House itself, ending the traditional practice of doing so. Biden restored that practice shortly after his inauguration.

Naturally, the Republican Party is running cover for Trump. Rep. James Comer, the new chair of the House Oversight Committee, has announced his intention to seek information about visitors to Biden’s home due to the few documents that Biden voluntarily revealed had been found there. Comer simultaneously stated that he would not seek similar info for Mar-a-Lago, where hundreds of sensitive national security materials were discovered after Trump lied to the FBI about having them.

We can expect this sort of partisan dishonesty and hypocrisy to continue for the foreseeable future. That’s because Republicans care more about protecting the criminals in their party than they do about the security of the nation. And Trump will undoubtedly continue to brazenly lie about virtually everything. That’s because the truth is his enemy, and he knows it.

RELATED: Poor Trump is Oozing Fear Over the Looming Legal Consequences of His Treasonous Crimes