The Case of the Classified Documents is getting more complex with each passing day. It began with Donald Trump stealing and hoarding hundreds of sensitive national security documents at his Mar-a-Lago hotel/home. Then it expanded to include documents found in President Biden’s home in Delaware. And now former VP Mike Pence has joined the club. 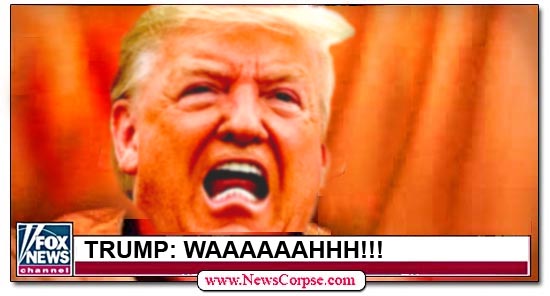 While the underlying plot points have distinct similarities, the details reveal stark differences. For instance, both Biden and Pence assert that the documents in their possession were taken inadvertently. They both conducted voluntary searches and immediately turned over what they found to the FBI and the National Archives. By contrast, Trump still claims that the documents he took belong to him. He initially lied to the FBI about having them. And he refused to return them when asked, prompting the issuance of a search warrant for his Palm Beach bunker.

Trump continues to insist that he did nothing wrong. He has accused the Justice Department and the FBI of being “thugs” and “fascists” who are conspiring to destroy him. And now that Pence has been caught up in this melodrama, Trump, who recently renewed his accusations that Pence is a “Deep State” traitor for not trying to overturn the 2020 election results, is trumpeting Pence’s innocence. He posted a comment on his floundering Twitter ripoff, Truth Social, saying that…

“Mike Pence is an innocent man. He never did anything knowingly dishonest in his life. Leave him alone!!!”

Did you hear that? Leave him alone! Pence appears to have done precisely what Biden did, but Trump wants him to be left alone. Meanwhile, he wants Biden to be drawn and quartered. What Trump did, in contrast to Biden and Pence, was deliberate and brazenly criminal. And yet he thinks he should be reelected to the presidency. Don’t try to make any sense of it. It’s just the rambling of a deeply disturbed egomaniac with a warped mind and no grasp of reality.

Predictably, Fox News is covering the Pence documents story with their usual bias and dishonesty. On Tuesday morning’s episode of “Outnumbered,” co-host Mollie Hemingway repeatedly tried to trivialize the matter of all classified documents being mishandled and falsely claimed that President Obama had disputes with the National Archives. She was parroting a recent Trump lie that Obama had taken classified documents to his home in Chicago. Then Hemingway unleashed this malarkey…

“What really made this whole thing different is when the National Archives took a fairly common paperwork dispute with a former president, one they despise, and they turned it into this big, carzy thing of raiding the home. And now, all of a sudden, they’re now being hoisted by their own petard here, where they’re now having to deal with the fact that there are problems with every former president and vice-president.”

"Our government has a bipartisan problem in handling classified docs."

"There was a change Obama made about who could declassify and documents and so on and so forth. That was during the Hillary Clinton." pic.twitter.com/dAWSq0aYDH

Hemingway is pretty much alone in characterizing these events as merely “common paperwork disputes.” Not even Democrats are saying that about Biden. Most people agree that the mishandling of such materials is a serious matter. The question is whether it was inadvertent or deliberate.

On that score, Hemingway correctly noted that the difference between the Biden and Pence affairs, and Trump’s, is that Trump was subject to a search warrant. But she fails to acknowledge that the reason for it was because he refused to return the documents and lied about having them. The entire segment, and those that followed, were similarly slanted. But then, you didn’t expect Fox News to report on this matter factually and responsibly, did you?

RELATED: Mealy Mike Pence Tells Fox News that He is Against Indicting Trump – Who Nearly Got Him Hanged