Two years after the violent and deadly January 6th insurrection in Washington, D.C., that was incited by Donald Trump, supporters of his compadre in Brazil, ousted president Jair Bolsonaro, launched an eerily similar assault against their own government. Ironically, Bolsonaro was in Florida at the time. 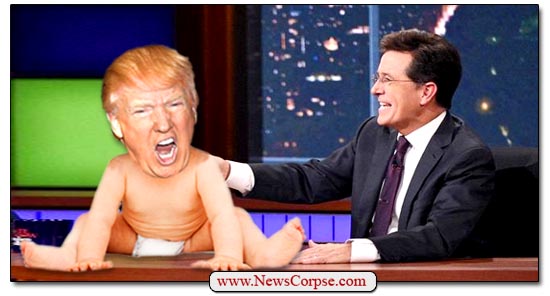 The parallels are too alike to ignore. The anti-democratic Bolsonaro seditionists were protesting what they believe to be a stolen election, despite having zero evidence of any irregularities. Even some of the key players are the same. Trump and two of his advisors, Steve Bannon and Jason Miller, met last month with Bolsonaro’s son at Trump’s resort/home, Mar-a-Lago. Bannon is currently appealing his felony conviction for contempt of Congress.

RELATED: Fox News on Steve Bannon Sentence: It’s Tyranny and Total BS – And We Need to Do It

In the 24 hours since the attempted coup in Brazil, Trump has been uncharacteristically silent. Perhaps his advisors managed to persuade him that speaking out in support of Bolsonaro would only remind everyone of his own traitorous behavior. The only time that Trump was so reticent to rant was during the January 6th insurrection when he didn’t say a word for nearly three hours as his StormTrumpers were besieging the Capitol.

Meanwhile, Trump had no problem spouting off about other matters that were bouncing around in his perpetually embittered brain. For instance, he rattled off a long series of exaltations of himself as the mastermind of Kevin McCarthy’s selection as Speaker of the House. And he took another swipe at Senate Republican leader “Mitch McConnell and his China flagrant boss, Coco Chow,” a racist reference to McConnell’s wife, Elaine Chao. Then Trump broadened his attack to include any senator that voted with McConnell, saying “PRIMARY THEM ALL!!!”

However, Trump truly demonstrated his comprehension (or lack thereof) of the political zeitgeist that most stirs the souls of the American people in a comment concerning a subject that he ought to more about – television. As someone who starred as a reality TV game show host for 14 years, Trump is embarrassingly ignorant of the medium. He posted on his floundering Twitter ripoff, Truth Social, the following foolishness…

“Wow, those TRUMP Hating Late Night Network ‘Shows’ are doing really badly…The worst ratings that those time slots have had (in Television History!). Why are the untalented fools who ‘host’ paid so much? Does the DNC make a $contribution as a wing of the Democrat Party? They are all a total joke – Not Talent, No Laughs!”

There’s a remarkable quantity of wrongness in that brief paragraph. Beginning with the fact that just about every TV program has suffered in the ratings due increased competition from streaming and the reemergence of movie theaters and other out-of-home entertainment after two years COVID.

It goes without saying that Trump’s opinion of the late night hosts as “untalented fools” is driven by his massive, yet fragile, ego that is incapable of tolerating jokes at his own expense. And of course he is jealous of their high salaries that are justified by the revenue they generate from advertising. Not to mention his envy that they are TV five nights a week, but he can’t get reporters to show up for his infrequent press conferences.

RELATED: LOL: Trump Starts 2023 with a New Year’s Eve Press Conference at Mar-a-Lago but Nobody Came

Trump’s crack about the DNC contributing to the pay for these hosts is a rather lame attempt to malign them politically. He seems oblivious to the fact that, if these late night comedy programs can be accused of being financial donors to Democrats, then what does that make Fox News, where the entire network is the Ministry of Propaganda for Trump and the GOP?

Trump and other right-wingnuts like to compare the ratings of the network late night shows to Greg Gutfeld on Fox News. However, that’s a blatantly dishonest comparison. The network shows air at 11:30pm local time (tape delayed) across the country. Gutfeld airs at 11:00pm Eastern time nationwide. That means that Gutfeld is on at 8:00pm in Pacific time, 9:00pm Central, etc. Therefore, most of the nation sees Gutfeld in primetime when there are more people watching television. Plus, Fox has their built-in cult audience that never changes channels.

Finally, Trump’s description of these shows as having “no laughs” raises the question: How does he know? Does he watch them? And if so, would he know a funny joke if he heard one? After all, has anyone ever actually seen him laugh? His face appears to be stuck in a permanent scowl. So he’s not exactly the best person to be criticizing comedy.