Watching the noxious campaign of Donald Trump continue to devolve into ever deeper levels of assholery is becoming a greater challenge with every passing day. His embrace of hostile rhetoric and refusal to convincingly condemn the aggression of his minions is leading to easily predictable episodes of chaos and violence. There is a reason that he is the only candidate that is suffering these problems. 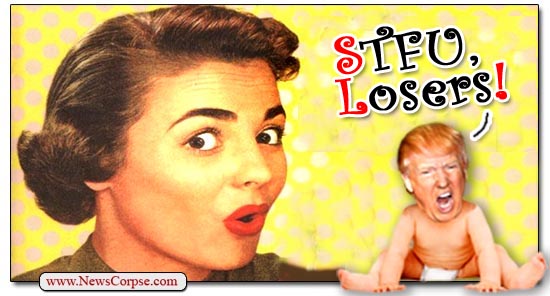 Trump’s accomplice in this spread of acrimony is, not surprisingly, Fox News. The reports of the protests by Fox are characteristically unfair and acutely unbalanced. They rarely acknowledge that Trump is the instigator of the rancor that his followers have gleefully adopted. In fact, more often than not Fox portrays the protesters has initiating the violence. Never mind that there is no evidence whatsoever of that ever happening. What exactly did the folks at Fox think would happen when Trump told his followers that he would pay their legal fees if they were arrested for assaulting a protester? What did they think Trump was trying to convey when he said this:

“Part of the problem and part of the reason it takes so long is nobody wants to hurt each other anymore, right? […] There used to be consequences. There are none anymore.”

“I love the old days. You know what they used to do to guys like that when they were in a place like this? They’d be carried out on a stretcher, folks. It’s true. … I’d like to punch him in the face, I’ll tell you.”

And that only scratches the surface (here are a bunch more). Trump could not be making it any clearer that he’s fond of the idea of physical altercations and that if you support him, you should be too. This is coming from someone who is now trying to pass himself off as a unifier. Before he can plausibly claim to being able to unite his party, or the country, or to make all the amazing deals he boasts about, shouldn’t he be able to settle his differences with these protesters? How on Earth would he ever be able to bring peace to the Middle East if he can’t bring it to Chicago?

It is in this environment that Fox News offers up perverse tales of peaceful demonstrators inviting the attacks that are waged on them. The Fox spin is that they are all engaged in a secret conspiracy to destroy the Trump Crusade by getting themselves beat up and arrested. Fox is actually theorizing that there is a plot afoot that is backed by evil and powerful puppet masters of the left. For instance, Fox anchor Doug McKelway prefaced a question to a guest this morning with this brazen bias:

“There have been suggestions that MoveOn.org is behind a lot of this orchestrated violence.”

First of all, there have been no suggestions of the sort by anyone but McKelway’s bosses at Fox News. Secondly, the baseless charge of “orchestrated violence” is posed falsely by Fox as if it were a matter of fact. Not only is it not factual, it’s a blatant lie that Fox deliberately inserted into the debate. The only thing here that is orchestrated is Fox’s defamation of the protesters.

As another example of their well-coordinated talking points, anchor Neil Cavuto implied, with no evidence, that Media Matters and George Soros were responsible for the Chicago protests. His guest, former GE CEO Jack Welch, added Bill Ayres and MoveOn to the mix of lefty conspirators. Then Welch said that “If we’re gonna have riots, we ought to have riots aimed at what Bernie Sanders has to say about tearing our country down.” To which Cavuto replied “Yeah, you’re right.”

So Fox is not attempting to calm down the rhetoric at all, Instead, they are trying to sustain it, but shift the victims to the side that they don’t like. This is Fox’s way of telling their viewers to show up at a Sanders rally and start a riot. Note that Welch’s assertion that there have been riots already is utterly false, but that didn’t stop him from expressing his desire to starting some. Note also that the candidate that is most often tearing our country down is Donald Trump, who frequently says that the American dream is dead, and that America is a Hell hole, and that all of our leaders are stupid losers, and that the economy is a bubble that is about to burst, etc., etc.

It wasn’t long ago that Fox News considered protesters to be noble defenders of patriotism. Whenever there was a Tea Party rally, Fox was there to celebrate them as civic minded citizens who were fighting to restore their twisted version of the Constitution. The Tea Party was hailed as champions of freedom, despite the fact that they were actually a creation of the billionaire Koch brothers, with help from Fox News. And when they crashed public meetings by shouting down anyone with whom they disagreed, Fox cheered and brought them into the studio the next day for a slobbering interview.

So here’s the difference in how Fox News will cover protesters. If you’re wearing a tri-corner hat and carrying a Gadsden flag, Fox will devote countless hours of airtime to glorifying your efforts on behalf of God and country, even if you illegally seize government property and threaten to shoot law enforcement officers (i.e. the Bundy Klan). But if you deign to Occupy Wall Street or demonstrate against a bigoted, orange-haired narcissist with designs on an American dictatorship, Fox will smear you as a subversive who wants to turn America over to ISIS. And don’t forget, free speech is a right that is only available to ultra-rightists and conservative blowhards. It does not extend to people opposed to them. And if you attempt to exercise it you will be subject to slander and defamation by Fox News.

One thought on “Tea And Trumpets: How Fox News Covers Protesters Depends On Who They Are Protesting”