The nation is currently undergoing the heart-wrenching anguish of senseless violence and loss of life. Last week saw an unusually painful series of events that included the killings of citizens by over-zealous police officers, followed by a brutal attack on good cops who were protecting a peaceful protest of such killings. In both cases guns played a prominent part in needless slaughter. 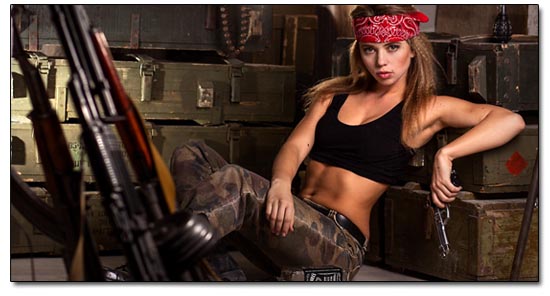 Fox News, and the rest of the conservative media, immediately launched an assault on #BlackLivesMatter, branding them racists and hostile for their efforts to draw attention to the far too frequent incidents of African-Americans becoming victims of police misconduct. The blame from the right extended even further to include President Obama and Hillary Clinton, whom they alleged were directly responsible for the Dallas shootings. It requires an unfathomably perverse logic to make those associations but, as it turns out, it isn’t even the craziest thing the right has done this week.

Reports from the Republican National Convention’s Platform committee reveal that they have unanimously approved an amendment declaring that:

“Pornography, with his harmful effects, especially on children, has become a public health crisis that is destroying the life of millions. We encourage states to continue to fight this public menace and pledge our commitment to children’s safety and wellbeing.”

Everyone can agree that protecting children from nefarious types who would harm them, or exploit them for deviant purposes, is a worthy goal. However, Republicans are making an Olympian leap of reason by designating pornography in general as a “public health crisis.” Never mind that they don’t bother to cite any references to professional journals or medical studies to validate that claim. They simply expect it to be taken on faith.

What makes this absurd is that these are the same Republicans who have fought fiercely to prevent gun violence from being studied as a public health crisis. The Republican majority in Congress, at the behest of the NRA, passed legislation that explicitly prohibits government agencies, such as the Centers for Disease Control, from appropriating funds to conduct research on gun violence and injury prevention. And this was after prior studies published in the New England Journal of Medicine established that gun ownership is a risk factor for homicide in the home. The American Psychological Association agrees and has lobbied to eliminate the GOP’s freeze on funds for research:

“APA endorses the provision to end the freeze on federal gun violence research. This ban has significantly hampered psychological scientists’ ability to systematically assess the risk of assault and other weapons to the public, and to determine the effectiveness of various preventive measures. APA supports increased federal funding for research on the causes and prevention of gun violence, including attention to violence in media, to jump start this field after so many years of neglect.”

But none of these reasonable arguments has moved the the Republican Party to act reasonably. Under the banner of their presumptive nominee, Donald Trump, they are becoming more radically conservative than ever. With this platform they are asserting that pornography is a public health crisis despite the lack of any credible evidence. But they won’t allow gun violence to even be studied by medical professionals even though existing research indicates a very real problem. It is emblematic of the GOP’s shift to the ultra-right with other platform items that include opposing marriage equality, supporting gay conversion therapy, and declaring coal to be “clean” energy.

Today President Obama and others paid tribute to the fallen officers of the Dallas Police Department. And while these solemn events are unfolding, the Republican Party is making it easier for other maniacs, like the one that murdered five cops, to acquire and use weapons that escalate the body count. But at least we’ll be safe from the horror of nakedness.