A couple of weeks ago the Oxford Dictionary selected “post-truth” as its Word of the Year for 2016. They define it as the preference for emotion and personal belief over objective facts. That’s been the operative model for Donald Trump’s campaign from the very start. Now his top staff are cementing the strategy into his developing presidency. 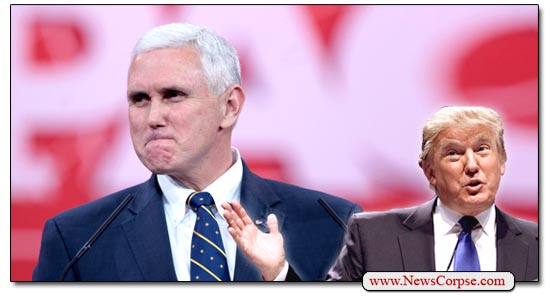 Trump recently tweeted that he would have won the popular vote but for the “millions of people who voted illegally.” That nonsense won him his 61st Pants-On-Fire lie from PolitiFact. He never bothered to provide any evidence to support the claim. And the evidence provided by his spokespersons didn’t even address the subject.

It’s clear that Trump and his minions have no respect for the truth. One of his most prominent surrogates, Scottie Nell Hughes of CNN, came right out and admitted it. In a recent radio interview she said that “There’s no such thing, unfortunately, anymore as facts.” We are truly over the rainbow here, folks.

The latest tunnel-blind defense of Trump’s brazen dishonesty goes even further to malign the existence of facts. His Chief of Staff nominee, Reince Priebus, was asked by John Dickerson of CBS’s Face the Nation about Trump’s tweet. Priebus responded saying:

“Here’s the thing, no one really knows. You don’t know. […] I think the president-elect is someone who has pushed the envelope and caused people to think in this country. He’s not taking conventional thought on every single issue.”

Indeed. He has caused people to think – that their President-Elect is a pathological liar. What Priebus is calling “pushing the envelope” and “unconventional thought” are better known to most people as bullshitting. This parade of euphemisms continued on the Sunday TV news circuit with VP-Elect Mike Pence. George Stephanopoulos asked him if Trump had “a right to make false statements.” Pence replied that:

“It’s his right to express his opinion. […] And I think the American people find it very refreshing that they have a president who will tell them what’s on his mind.”

Once again, propagating purposeful falsehoods is framed benignly as expressing an opinion. These people don’t think there’s any difference between a politically partisan spin on a personal belief and a demonstrable fact. They are actually seeking to abolish the concept of facts in order to dispense their fabrications without consequences. It’s the same approach they take to disparaging the media. They don’t do it as responsible criticism, but as a means to eliminate any critical judgment of their deliberate distortions of reality. And to that end, Trump tweeted this defense of his obsession with Twitter:

Of course, what he really objects to are those rare occasions when the press does cover him accurately and honorably. Sad.