Two weeks into Donald Trump’s presidency and things continue to go south. And no, that’s not a reference to his disastrous screw-ups with Mexico. As obsessed with ratings as our reality TV president is, Trump is floundering bigly in the eyes of the nation. 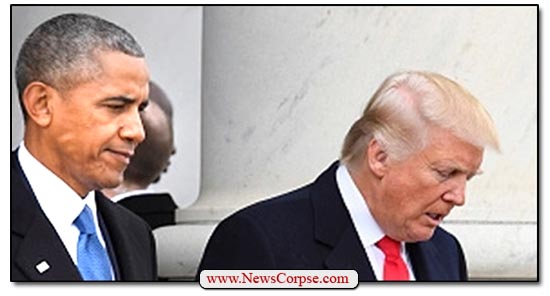 A new poll by Public Policy Polling asked “Who would you rather was President: Barack Obama or Donald Trump?” The response was an overwhelming repudiation of Trump who received only 43 percent. Obama was favored by a majority of 52 percent.

Knowing Trump as we do, that’s going to gnaw at him intensely. But that’s only the beginning. On almost every other question in the poll, Trump fared poorly:

With regard to his executive order on immigration, 65 percent are opposed to banning Muslims. When phrased as barring people from specified countries, he still lost 53 percent of voters. He even lost lost on style with 55 percent saying his executive order was poorly executed.

On other issues, only 19 percent of voters see Stephen Bannon favorably. The same percentage think he should be on the National Security Council. And while 48 percent of Trump voters believe the conspiracy theory that airport protesters were paid by George Soros, only 26 percent of all voters buy Trump’s “alternative fact” that millions of people voted illegally.

Furthermore, 54 percent oppose building his border wall if American taxpayers have to front the cost for it. Only 37 percent of voters support the 20 percent tax on items imported to the US from Mexico. And a plurality of 46 percent now say they support ObamaCare, compared to just 41 percent who are opposed.

Perhaps the most painful results in this poll relate to the public’s impression of the media. In particular, some outlets that Trump has gone out of his way to disparage. According to PPP: 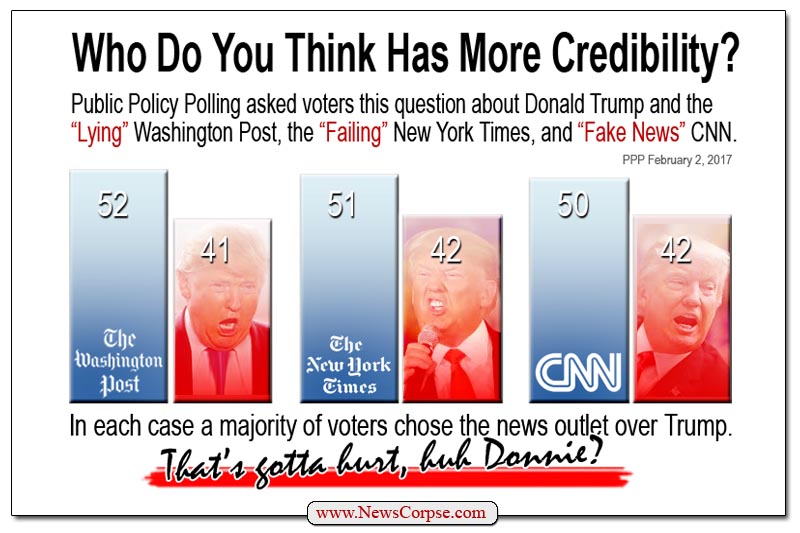 For the record, that’s the “lying” Washington Post, the “failing” New York Times, and “fake news” CNN. All of whom are enjoying the best subscription/ratings stats they’ve seen in years. So if this is what Trump meant when he said we would all get “sick and tired of winning” bring it on, Donnie.

2 thoughts on “POLL: A Majority Of Americans Would Dump Trump For Obama”