The Trump administration is crumbling at a rate unheard of in modern times. The latest brick to fall is the “resignation” of National Security Advisor Michael Flynn after only 24 days on the job. Flynn’s downfall was the result of his covert discussions with the Russian ambassador about U.S. sanctions. He later failed to disclose these talks to Vice-President Mike Pence and other Trump officials.

This is a blatant violation of both protocol and national security. Flynn may have violated several laws in addition to demonstrating a complete lack of ethics. Nevertheless, Donald Trump’s press secretary, Sean Spicer, rambled aimlessly at Tuesday morning’s daily briefing. He sought to downplay and divert from the serious issues at hand while exalting the dangerously lazy response by Trump. 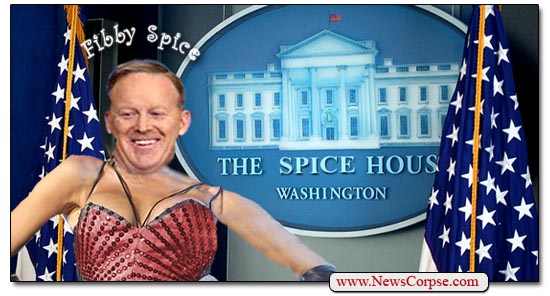 Spicer insisted that Trump was “unbelievably decisive” despite waiting nearly a month after he was first advised of the breach. That remark might have been the most ludicrous of the whole briefing until he later said that “The irony of all this has been the president has been incredibly tough on Russia.” WTF? Anyone who has been paying attention knows that Trump has been tougher on Meryl Streep and Nordstrom’s than he has on his BFF, Vladimir Putin.

Among the brazen lies uttered throughout the briefing was that Trump fired Flynn by asking for his resignation. However, the day before Flynn’s hurried exit the administration insisted the opposite was the case. Both CNN and Fox News reported that Trump did not fire Flynn, and that he voluntarily resigned.

Furthermore, Spicer’s explanation was wholly illogical. His contention that Flynn had done nothing illegal or inappropriate begs the question: Then why did he lie to Pence and his other colleagues? For practice? Spicer’s account suggests that Flynn risked his reputation and career for no reason whatsoever.

Spicer also laid out a timeline that put Trump in front of the whole affair with full knowledge and managerial control. But Friday Trump told reporters that he was unaware of the allegations and said he would look into it. If that’s accurate he could not have known weeks ago as Spicer indicated. Nor could he be portrayed as being on top of it and decisive. Spicer tried to explain this away as Trump merely saying that he was unaware of the allegations as reported in the Washington Post. But that wasn’t the question that he was asked, and the Post wasn’t brought into it until later.

So both Trump and Spicer are weaving dubious tales of how the Flynn affair unfolded. The most likely scenario would be that Trump knew about Flynn weeks ago, but can’t admit it. It would make him appear weak and even compromised with regard to the illegal discussions with Russia. Consequently, Spicer had to bobble his responses to keep from admitting Trump’s failures. If Trump actually was ignorant of Flynn’s dealings, that would be equally as troubling. It would mean that his staff had kept him out of the loop for weeks while a possible national security breach had occurred.

There is simply no good way to spin this. But Spicer is giving it the old college try. Unfortunately, he’s way short of the mark. Even Trump has had to intercede with a distraction via Twitter He tweeted that the real story isn’t the security breach, but the leaks that made the public aware of it. Because we certainly can’t have the American people finding out that the President is conspiring with hostile foreign countries.

2 thoughts on “Fibby Spice: Sean Spicer Is Congenitally Incapable Of Telling The Truth”