The big news out of Washington on Wednesday is that Donald Trump’s last remaining original lawyer working on Russia collusion matters is off the case. The President has had a difficult time hiring and maintaining legal defenders to counter the investigation of special counsel Robert Mueller. A few weeks ago his lead attorney, John Dowd was dismissed. And his personal attorney, Michael Cohen has his own legal problems and might be close to flipping on his former client. 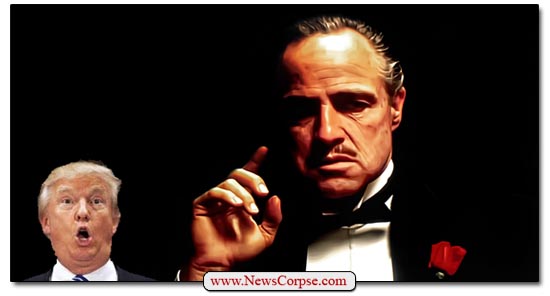 Ty Cobb was one of the first lawyers that Trump brought aboard to handle the special counsel matter. And throughout a tumultuous tenure. Trump has fiercely insisted that Cobb was in it for the duration and had his “full confidence.” Trump affirmed that in a tweet as recently as April 12. What’s more, Trump was outraged (as usual) at the the New York Times for reporting last March that there were problems within his legal team and that changes were imminent:

The Failing New York Times purposely wrote a false story stating that I am unhappy with my legal team on the Russia case and am going to add another lawyer to help out. Wrong. I am VERY happy with my lawyers, John Dowd, Ty Cobb and Jay Sekulow. They are doing a great job and…..

…have shown conclusively that there was no Collusion with Russia..just excuse for losing. The only Collusion was that done by the DNC, the Democrats and Crooked Hillary. The writer of the story, Maggie Haberman, a Hillary flunky, knows nothing about me and is not given access.

Apparently, the Times’ Maggie Haberman got a lot right despite Trump’s whining that she “knows nothing” and was “not given access.” It turns out the story wasn’t false after all. Both Dowd and Cobb have left since those tweets. And his insistence that he would not be hiring anyone else has also proven to be untrue. In a much ridiculed display of desperation, Trump hired Rudy Giuliani. And along with the news about Cobb’s departure is the addition of Emmett Flood. Flood’s significance as a new member of the team is that he is one of the few attorneys alive who has experience with impeachment, having worked on Bill Clinton’s hearings in 1998. What does that say about what Trump is currently fixated on and worried about?

And don’t let anyone tell you that Cobb’s departure was simply due to his desire to retire. That is an utterly implausible assertion. He just took this job a few months ago and was well aware that it wasn’t going to be a quick gig. The truth is that Cobb and Trump have been at odds regarding Trump’s behavior and particularly his tweets attacking Mueller which just make him sound more guilty. CNN’s Jim Acosta confirmed this with sources who said that Cobb “was not going to be ‘part of a mud slinging campaign.'”

In conjunction with the news about Cobb, Trump fired off some more rage-tweets denying that there was any collusion or obstruction of justice. You know, like any innocent person would do five times a day. One of the tweets quoted Joseph diGenova on Fox News (who was on Trump’s legal team for about half an hour) saying that Trump could fire anyone he wants at any time. Of course, that isn’t true. There are exceptions for criminal conspiracy and obstruction of justice that specifically apply to Trump’s situation.

Trump also tweeted a promo for Fox News legal analyst, Gregg Jarrett, and his new book “The Russia Hoax – The Illicit Scheme to Clear Hillary Clinton and Frame Donald Trump.” Jarrett is disreputable character whose credentials are pitiful. He hasn’t practiced law in 30 years, and has been at Fox News half of that time. Trump and Jarrett both share the problem of repeatedly referring to the Mueller investigation as a hoax. PolitiFact honored that phrase with its 2017 “Lie of the Year” award.

Like many of the other members of Trump’s White House staff who he has praised, Cobb was dumped a few weeks later. Having Trump’s approval is the best warning that you are about to be unceremoniously shit-canned. Cobb should have seen it coming. And now that there are new reports that Chief-of-Staff John Kelly has been calling Trump an idiot, Trump came out with criticism of those reports and is standing by Kelly. In other words – goodbye Kelly. He’s just the latest flunky to get the Fredo treatment from the White House Don.

One thought on “Kiss of Death? Another Trump Goon Sleeps With the Fishes After Praise From the White House Don”