The success of the Democratic “Blue Wave” that rolled over the Republican Nationalist Party last Tuesday – and continues still – is certain to have a profound effect on the next Congress. With a Democratic majority in the House of Representatives, led by Speaker Nancy Pelosi, every committee chair will be a Democrat who is now free to hold the Trump regime accountable for its many unlawful and unethical acts. 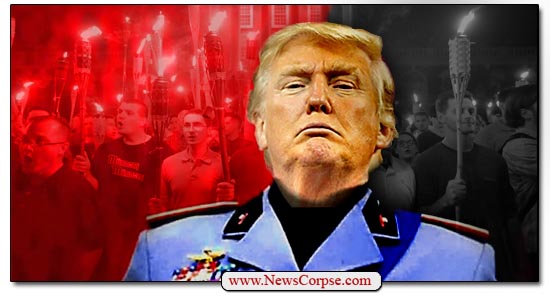 One of those new chairs is Adam Schiff of the House Intelligence Committee. He has a broad mandate to investigate the administration on everything from the Russia collusion to obstruction of justice to Trump’s unsavory relationships with foreign dictators like Vladimir Putin and Kim Jong Un. And on Sunday morning Schiff identified another topic of inquiry that is critically important to the nation’s security and freedom.

Schiff told Axios that he is planning to hold hearings on Trump’s reckless and anti-constitutional assaults on the free press. This is long overdue for a censorious president who whines “fake news” whenever he doesn’t like the facts about him being accurately reported. It’s overdue for notorious liar who repeatedly refers to the media in Stalinist terms as “the enemy of the people.”

Just this week Trump attacked several journalists, calling them “stupid” and “rude” and “racist” and otherwise insulting them personally and professionally. And it is not inconsequential that three of those reporters were African-American women. Trump also suspended the White House pass for CNN’s Jim Acosta, falsely accusing him of “placing his hands” on an intern who was trying to grab the microphone away from him. Later, Trump threatened to revoke more passes in the future.

According to Axios, there two primary issues that Schiff cited as worthy of further inquiry:

“We don’t know, for example, whether the effort to hold up the merger of the parent of CNN was a concern over antitrust, or whether this was an effort merely to punish CNN,” Schiff said.

Trump is an infantile grudge holder who fervently despises CNN and regularly seeks to disparage the network without any valid cause. That’s why he unsuccessfully opposed the merger with AT&T. Likewise, Trump hates (and is jealous of) real billionaire Jeff Bezos, who’s ownership of the Washington Post triggered Trump’s baseless attacks on Amazon.

These and other acts of Trumpian tyranny warrant investigation and sanction of the President. Not merely to slap the wrist of a crybaby wannabe dictator, but to preserve the sanctity of the free press and the Constitution. Schiff is doing the right thing and his plans should remind Trump and his GOP co-conspirators that elections have consequences.