A pair of stories are burning up the wires this Tuesday afternoon. And they have nothing to do with the California fires or the still cresting Democratic “Blue Wave” that washed over the midterm elections. Nope. These stories have to do with the perpetual state of chaos in Donald Trump’s National Security operations. 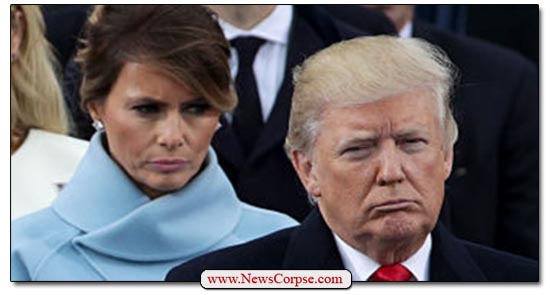 First of all, it is being reported that Trump is expected to fire his secretary of Homeland Security, Kirstjen Nielsen, after less than a year on the job. But staff shake ups in and of themselves are not uncommon in the Trump administration. He’s already had far greater turnover than any other president.

What’s of interest here is who Trump is considering to replace Nielsen. And the top name being mentioned is the acting director of Immigration and Customs Enforcement (ICE), Thomas Homan. He is a rabidly pro-Trump partisan who defends the administration’s horrific policy of separating migrant children from their parents. But the reason cited for Trump’s interest in Homan is that Trump likes his appearances on Fox News where he fiercely defends and praises the President. And that’s the most important criteria for a leader in protecting the United States from terrorists, isn’t it?

The other story making the rounds is that Trump is about to fire his deputy national security advisor, Mira Ricardel. She’s also a fierce Trump supporter, but lately she has gotten into trouble with the First Lady. And now Melania is asserting herself in these staffing decisions:

“‘It is the position of the Office of the First Lady that (Ricardel) no longer deserves the honor of serving in this White House,’ the first lady’s communications director Stephanie Grisham said in a statement on Tuesday.”

Some reports say that Melania’s problem with Ricardel stems from a seating scuffle on Air Force One. Ricardel, for the time being, reports to national security advisor John Bolton. But she has reportedly also raised the hackles of Trump’s chief of staff, Gen. John Kelly. Making matters even more confusing, Kelly has been an advocate of Nielsen, and her imminent departure might result in Kelly joining her in the White House exodus.

If all of this sounds like the melodrama whipped up by a reality TV show, well guess why. Donald Trump was an incompetent boor from the start and never had the experience to run an enterprise as large and complex as the White House. So he relies on his TV Shadow Cabinet (Sean Hannity, Jeanine Pirro, Lou Dobbs the “Curvy Couch” potatoes of Fox and Friends, etc.) to make decisions for him. That is, when he isn’t hiring people (Bolton, Heather Nauert, Bill Shine, etc.) directly from Fox News. And while this might be entertaining if it were a Hallmark Movie of the Week, it’s downright frightening when it’s real life.

One thought on “Holy $@!&: Are Fox News – and Melania – Taking Over National Security for the Trump Admin?”