Last week’s impeachment hearings revealed overwhelming evidence of the criminal behavior of Donald Trump. The witnesses were largely from his own administration, including Dr. Fiona Hill who was a top aide to Trump’s ultra-conservative National Security Advisor, John Bolton. And every one of them testified that Trump improperly threatened to withhold military funds from Ukraine unless they helped him smear a political rival. In fact, Trump himself admitted it. 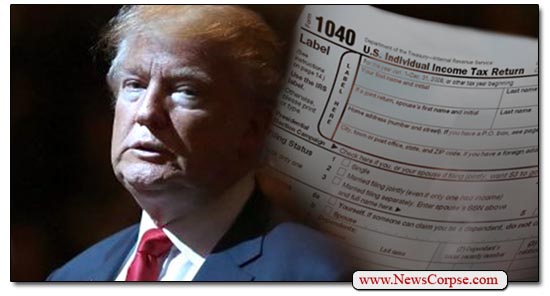 However, in just the few hours since the hearings adjourned, there have been some startling stories of corruption and dirty dealing by Trump and his sycophantic defenders. The ranking Republican on the House Intelligence Committee, Devin Nunes, has been implicated in a scandal of his own wherein he was seeking foreign assistance to dig up dirt on Joe Biden. Which is precisely the crime that the Committee is investigating Trump for. As for Trump, he visited his Friends at Fox News to spread propaganda manufactured by Russia. But These aren’t the only problems Trump faces.

The state of New York has been trying to get Trump’s tax returns as evidence in a case probing alleged campaign finance violations. Trump, of course, has been refusing to cooperate, but having lost in the lower courts, Trump is taking his challenge to the Supreme Court. In advance of any decision, the Department of Justice is now weighing in with their own opinion. And naturally they are siding with Trump. This is just further proof that Attorney Genuflect Bill Barr is a toady for Trump who is breaching his oath to serve the American people.

There is no justification for the DOJ to interfere with this litigation. It is outside of the purview of the Department as it involves Trump personally and is not associated with his duties as president. What’s more, the case that the DOJ is presenting to the Supreme Court is typically biased, shallow, and weak on legal rationale. According to their filing…

“The brief, filed by Solicitor General Noel Francisco, says allowing Manhattan prosecutor Cyrus Vance to obtain the tax returns would create a precedent that ‘may subject the president to highly burdensome demands for information’ and ‘raises the risk that prosecutors could use subpoenas to harass the president as a result of opposition to his policies.'”

Literally none of that is is justification for the Justice Department to interfere with this case. The President is not immune to investigations by state prosecutors. And it isn’t the DOJ’s job to define what constitutes a “burden” to the President. Nor is the DOJ permitted to insert itself into what may or may not be a political affair. The President has his personal attorneys for those purposes. The brief went on to say that…

To the extent that the DOJ is tasked with “protecting the office of the president,” it is limited to the his official duties, not his personal affairs. Especially those that took place prior to his election. However, the argument that the DOJ has an interest in protecting the President “from potential interference by the states,” is downright ludicrous. It is, in effect, a claim to protect the President from the nation he is sworn to serve. If upheld it would set a precedent that allows any president to violate state laws with impunity. And along with the tax laws that are central to this case, that could include rape and murder.

Trump’s stubborn refusal to release his taxes – as every other president in modern times has done – is a pretty good indication that there is something terribly wrong hidden in them. He isn’t even pretending to be audited anymore. Now he claims that just asking to see his returns is an abuse of power. He’s just sending his lackeys out to make absurd arguments in the hopes that he can keep his skeletons in the closet. And while the DOJ’s case is so thin as to be laughable, it is not outside the realm of possibility that it will be received favorably by a Supreme Court that is stacked with right-wingers and Trump appointees. Time will tell if they honor the law and the Constitution more than their misplaced loyalty to a criminal president.

7 thoughts on “Terrified that His Taxes Will Become Public, Trump Sics His DOJ on the Supreme Court”