Every now and then a political leader expresses thoughts that are so compelling and compassionate that they need no elaboration. And in the wake of the first hearing of the House Select Committee investigating Trump’s January 6th insurrection, Sen. Dick Durbin delivered just such a speech on the floor of the Senate. 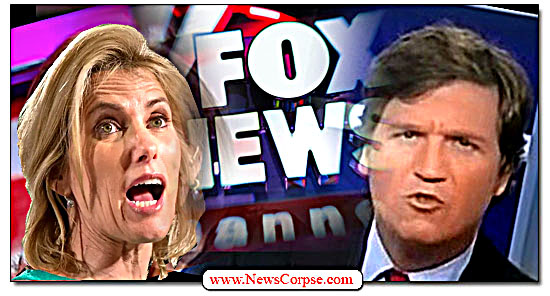 What follows is a transcript and video of Sen. Durbin’s inspirational condemnation of Fox News cretins Tucker Carlson and Laura Ingraham:

In an effort to plumb the depths of political meanness and irresponsible, it is just too hard to choose between Tucker Carlson and Laura Ingraham. First they became our nation’s leading anti-vax quacks making their specious arguments against life-saving COVID-19 vaccines and sowing doubt among their viewers who are literally putting their lives at risk because of lies that these two individuals [and Donald Trump] are spouting.

And now they are creating a braying chorus focused on the police who defended this building on January 6th. Their mockery of the bravery of the Capitol D.C. Police who risked – and some lost – their lives in the January 6th situation in this Capitol building is cowardly and shameful.

It took courage for the police to face the Trump mob. It takes no courage for these Fox talking heads to belittle these officers. It takes no courage to practice their well worn smirks reacting to the bravery in these pleas. It’s hard to imagine reading a press account of what they said yesterday and last night about the hearing that took place, the things that they did.

Ingraham gave the “Best Performance in an Action Role” to Washington Metropolitan Police Officer Michael Fanone, who during the testimony recalled hearing he’d be shot with his own gun. Ingraham said, and I quote, “Well there was certainly a lot of violence that day. But it wasn’t a terrorist attack. It wasn’t 9/11. It wasn’t the worst thing that ever happened to America. It wasn’t an insurrection.”

And then Tucker Carlson responding with a smirk to footage of Fanone telling the hearing he experienced Post-Traumatic Stress Disorder. Throughout the monologue Carlson piled on to his previous claims about the violence being just quote, “A political protest that got out of hand.”

First the vaccines. Now defaming the police. This is irresponsible from start to finish. I would ask those at Fox network – not exactly my friends and allies in politics – to show common decency and common sense. Common sense when it comes to these vaccines, which we know if more people were vaccinated we wouldn’t be facing this resurgent need for masks and fear of this new variant. And common decency when it comes to the men and women in uniform who risked their lives for this building, this Capitol, this democracy, and this government.

Certainly there’s freedom of speech, but let’s hope that good sense will dominate this discussion over at the Fox network as to whether these two ought to be allowed to continue their rant.

The only problem with Durbin’s eloquent address came at the end when he suggested that Fox News was capable of either common decency or common sense. Neither of those traits have ever been evident on the network devoted to right-wing lies and propaganda, to dividing America, and more recently to Donald Trump and his aspirations of tyranny built on pathological lies and malignant narcissism. Other than that, Durbin was spot on.

Fox News’ decision to air segments mocking the bravery of Capitol Police officers who risked their lives on January 6 is cowardly and shameful. It took courage to stand down that mob. It takes no courage to sit in front of a camera and belittle these officers. pic.twitter.com/GvZ9FDvW4O

3 thoughts on “Watch Sen. Durbin Scorch the ‘Braying Chorus’ at Fox News for Defaming the Police”