Several weeks ago President Biden announced his “Path out of the Pandemic: COVID-19 Action Plan“ to save lives and return the country to some semblance of normalcy. The plan proposed to encourage vaccinations within large companies by requiring that their employees either be vaccinated or tested weekly. It was received with broad-based approval by significant majorities of the American people, according to a poll by Fox News no less. 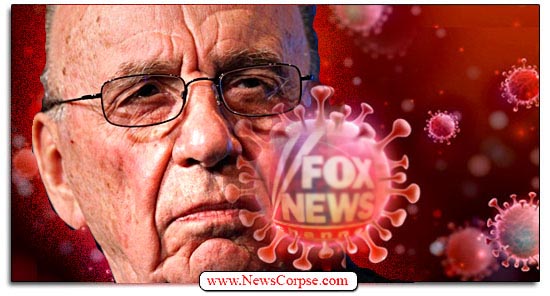 Despite the overwhelming popularity of Biden’s plan, Fox News continued its anti-vax propaganda crusade with their top primetime hosts disseminating flagrant falsehoods and dangerous disinformation. They peddled quack cures while claiming that the vaccines don’t work.

In the weeks since Biden’s plan was introduced, and disregarding the results of their own poll, Fox News has escalated their rhetoric in opposition to the Biden administration’s sensible measures to mitigate the harm of the COVID pandemic. They characterized them as communist decrees and instruments of tyranny. Never mind that Fox News imposed an even stricter mandate than the one in Biden’s plan.

However, for some reason, until recently, Fox News yakkers never bothered to mention the “draconian” mandate under which they themselves are forced to toil. Nor did they disclose that they are all vaccinated. And that failure to be honest with their viewers was just compounded by Fox’s CEO, Rupert Murdoch. According to Politico…

“While some of the biggest talent at Fox News have skeptical views of Covid-19 vaccines, News Corp. honcho RUPERT MURDOCH is not messing around. At his 90th birthday party last week at Tavern on the Green, guests not only had to show proof of vaccination, they had to get a rapid nose swab test in order to enter.”

So not only did Murdoch’s elite guests have to present their vaccine “passport,” a concept that the squawking heads at Fox News routinely describe as totalitarian oppression, they also had to submit to a physically intrusive COVID test. And, of course, Murdoch’s coercive party mandate will never be reported on Fox News.

That’s because the network cares less about human lives than it does about its ultra-rightist agenda. And it’s why studies show that Fox News viewers are more likely to be unvaccinated, and thus, more likely to become infected. Which is why we might as well call this the Fox News Pandemic.