Taking its cues from Nazi propagandists, the Republican Party has become skilled in the dark art of projection as a key method of manipulating their mindless minions. It’s a tactic wherein they accuse others of the unsavory practices in which they themselves are engaging. 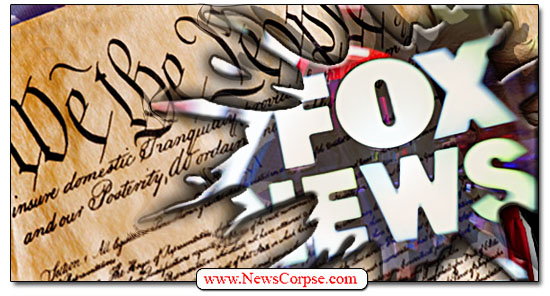 This behavior was evident in the remarks by GOP insurrection supporter, Sen. Josh Hawley (MO-QAnon), during Thursday night’s episode of the Laura Ingraham Inquisition on Fox News. The segment was wholly devoted to disparaging President Biden’s opening speech at the virtual Summit For Democracy that he hosted. Hawley, a committed opponent of democracy, projected his brand of divisive anti-Americanism on Biden in a typically baseless harangue:

“What really stands out to me is that it was one long, anti-American tirade made by the President of the United States and various members of his administration. I mean, you listen to them, they don’t like American voting laws. They don’t like American history. They want to rewrite our culture and completely change it. I mean, this is a guy who doesn’t really like America.”

It’s hard to take seriously a criticism that is so slathered in hypocrisy. After all, it is Hawley’s Republican Party that is attacking and corrupting voting laws across the country, with 19 states (so far) enacting laws that make it harder to vote. It is Hawley’s party that is suppressing history by banning the teaching of critical race theory and slavery. And no party is more obsessed with dictating culture than Hawley’s GOP, led by the King of Cancel Culture and Republican Godfather, Donald Trump. And they want to talk about guys that “don’t like America?”

What was it about Biden’s speech, you might wonder, that has so enraged Hawley and his Fox News hostess? Could it have been Biden’s determination to fight to “shore up the very foundation of American democracy: the sacred right of every person to make their voice heard through free, fair, and secure elections.” Or might it have been his intention to work to “hold corrupt actors accountable, reduce their ability to use the United States and international financial systems to hide assets and to launder money.”

Those are both the sort of ideals that make Republicans shiver with fear. However Hawley and Ingraham might also have been spooked by Biden’s aspirations for a world that values cooperation and the rights of everyone:

Yes, democracy is hard. We all know that. It works best with consensus and cooperation. When people and parties that might have opposing views sit down and find ways to work together, things begin to work. […] We have to stand for justice and the rule of law, for free speech, free assembly, a free press, freedom of religion, and for all the inherent human rights of every individual.”

It’s easy to see why Hawley was so outraged and why Fox News would provide him a platform to vent his wrath. Biden’s words extolling freedom and equal rights are anathema to Republican principles, or lack thereof. Just as the notion of free and fair elections scare the GOP, knowing as they do that the more people who vote, the more Democrats win. Trump actually said so out loud.

That’s why we are now seeing this pushback from the right to accuse Democrats of being anti-voting, history, etc. It’s all they have left. Never mind that they don’t even bother to produce an example of what they are alleging. Examples are for ethical persons with rational positions. So that leaves out Republicans on both counts.