Fox News is apparently ending the year with a full court press against the women hosting programs on MSNBC. It wasn’t enough for them to have spent the year fluffing Donald Trump, by lying about the violent January 6th insurrection, and spreading deadly disinformation about the COVID pandemic. 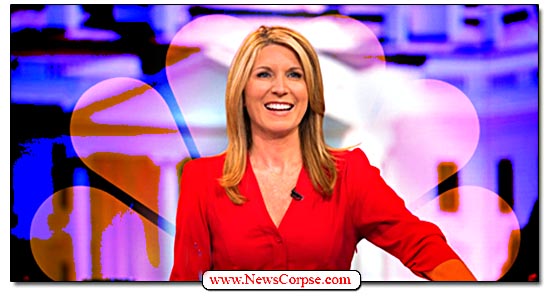 On this last week of 2021 Fox News has already produced a hit piece on Joy Reid that was seething with hostility because she accurately reported that Fox is killing off their own audience. Then a few days later Fox posted a story attacking Rachel Maddow for being right about COVID vaccines. Both of these stories were glaringly biased and packed with ultra-conservative perspectives and flagrant lies.

At first glance it didn’t appear to be anything out of the ordinary for Fox News. Their bitter animosity toward Democratic principles and progressive politics isn’t exactly breaking news. And Fox often takes petty swipes at their cable news competitors. But it is now apparent that there has been some openly misogynistic coordination to these stories. Fox just added MSNBC’s popular daytime host, Nicolle Wallace, to their enemies list.

A new article published on the Fox News website blasted a headline that proclaimed that an MSNBC anchor was mocked as “shamelessly neurotic” and “embarrassing.” The article began saying that…

“MSNBC’s Nicolle Wallace was roasted this week after referring to herself as a ‘Fauci groupie,’ in reference to her adoration of White House Chief Medical Adviser Dr. Anthony Fauci.”

Oh my heavens! Wallace had the audacity to express respect for America’s foremost infectious disease expert who has been working tirelessly to save lives. He was doing this even while Fox News hacks were comparing him to the sadistic Nazi Josef Mengele, and deploying grotesquely murderous metaphors urging people to “ambush” him in public and “go in with the kill shot.”

The article by Fox News portrayed Wallace as being the object of widespread mockery for her comments. But in reality, it was only confirmed right-wing partisans who were hurling insults at her. Every single person cited in Fox’s hit piece was an unabashed wingnut. They included right-wing pundit, Ben McDonald; NewsBusters editor Tim Graham; conservative troll, Drew Holden; Daily Caller columnist, David Hookstead; conservative writer, Mark Hemingway; and right-wing actor, Nick Searcy.

It cannot be mere coincidence that Fox News has hammered out these assaults on three of MSNBC’s most prominent female personalities, all within the space of less than a week. Clearly the folks at Fox feel threatened by smart, engaging women who are effective communicators. So they are lashing out frantically to malign these intelligent, accomplished professionals. And considering the talentless hacks that litter the Fox News schedule, they are also likely writhing in jealousy. Or at least they should be.

6 thoughts on “Fox News is On a Crusade Against the Women of MSNBC: Nicolle Wallace Edition”