The House Select Committee investigating the January 6th insurrection has produced an abundance of documents and testimony incriminating Donald Trump and many of his seditious co-conspirators. And most of what they have discovered was provided by Republicans who worked for Trump in the White House and his campaigns. No wonder Trump is scared witless about what his former staffers are saying. 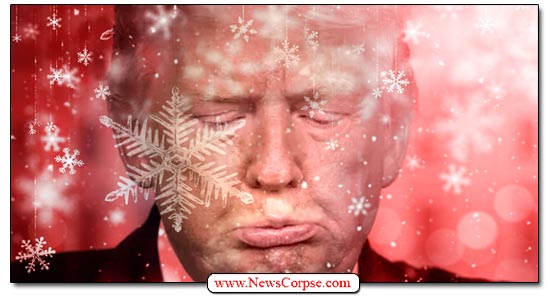 Throughout the past several weeks that the hearings have been conducted, Trump, and the MAGA media that fawns over him, have dismissed the proceedings as a pointless waste of time that is full of lies and that no one is watching. You might ask how they know about the alleged lying if they aren’t watching.

The truth is that the American people are paying close attention to the hearings. The ratings have been through the roof, with CNN and MSNBC frequently beating Fox News, where the hearings are often ignored. And the resulting change in public opinion is also showing up in recent polling that shows majorities believing that Trump is guilty of inciting the riots on Capitol Hill, and other crimes.

Among the viewers who pretend not to be interested is Trump himself. Never mind that he has been relentlessly whining about what the hearings are revealing. As proof of his emotional retardation, he has labeled the congressional panel the “Unselect Committee” and posts goofy nicknames for its members. It won’t be long before he’s calling them “poopyheads.” But it is clear that he is paying attention. As reported by CNN (video below)…

“Former President Donald Trump, who has repeatedly downplayed the significance of the hearings by the House select committee investigating January 6, 2021, has regularly asked those around him in recent days when the televised hearings are going to end — underscoring his private fixation on the damning revelations revealed by some of the committee’s witnesses.

“The six public hearings held thus far have been more effective than many in Trump’s orbit anticipated, including when a former White House aide testified publicly about his behavior the day of the Capitol insurrection.”

According to CNN, sources close to Trump say that he, “has been unable to look away from the hearings,” and has lashed out in profanity-laced tirades because “no one is on the dais defending him.” However, the absence of his defenders is due to GOP minority leader Kevin McCarthy’s pigheaded stubbornness. He refused to appoint any non-compromised Republicans to the panel.

What’s more, Trump’s allies have all refused to show up and testify under oath, even when compelled by subpoenas. That is likely because they are afraid of incriminating themselves and/or their Dear Leader. And of course, Trump could defend himself before the Committee if he weren’t such a coward and so obviously guilty.

The sad truth for Trump is that there is no defense for his treasonous acts. And more evidence is being uncovered daily that should lead to indictments and prosecution. Trump knows this and is sweating it out and badgering his friends privately, while making a fool of himself publicly with his tedious yammering about nonexistent election fraud. It’s a pathetic display that is only bound to get worse going forward.

RELATED: The Crimes Trump Can (Should) Be Indicted For Now, According to Watergate Prosecutor and Others

One thought on “REPORT: Trump is ‘Fixated’ on the January 6th Hearings and Obsessed with How He is Coming Across”